Emy Onuora knows first-hand how immigrant families can succeed against the odds.

The academic and author hails from a sporting family – growing up with professional footballer brother Iffy Onuora and sister Anyika, an Olympic sprint medallist.

But as a key member of the team delivering the city region’s biggest ever investment in addressing racial inequality, he also knows that many children fail to overcome the racism which puts up barriers to success. 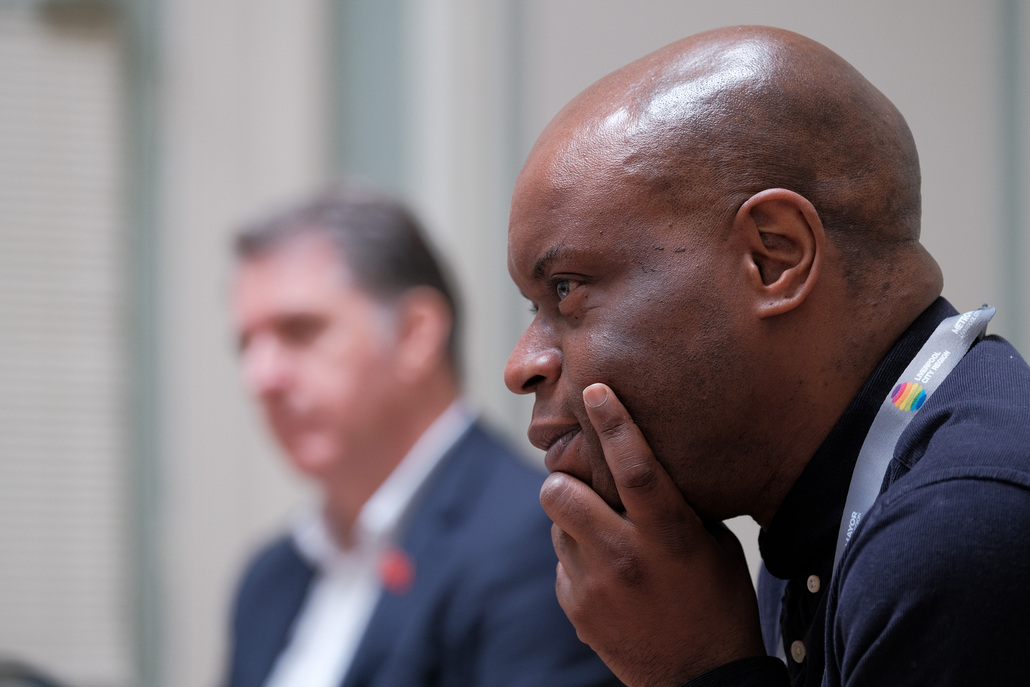 Having grown up around Smithdown Road, near the city centre, he knows all about the famous Liverpudlian history of community and solidarity.

“Historically the city region has always prided itself with issues of social justice – you think about the Hillsborough campaign, the dockers strike and the boycott of the S*n newspaper,” explains Emy.

“Unfortunately, that has not manifested itself in terms of race equality. We have had minority ethnic communities for longer – this has not, by and large, been a post-Windrush community – it predates that by a couple of centuries so structural racism has been ingrained for longer.

“We have had positive action initiatives over the years but there has been no continuation, no structural change. Hopefully now things are beginning to change and we are starting to move in the right direction.”

May 25 marked two years since the murder of George Floyd in Minneapolis, that sparked Black Lives Matter protests across the world. In the wake of the protests, Mayor Rotheram committed to tackling institutional and systemic racism with a bold declaration of intent.

By 2025, his Combined Authority will help an extra 5,000 Black Asian And Minority Ethnic residents through employment and skills programmes.

It will more than double its own Black Asian And Minority Ethnic workforce from 3% to reflect the City Region population of 6%.

And under the plan, 6% of senior positions will be held by Black, Asian and Minority Ethnic employees and the authority will be required to increase representation each year. 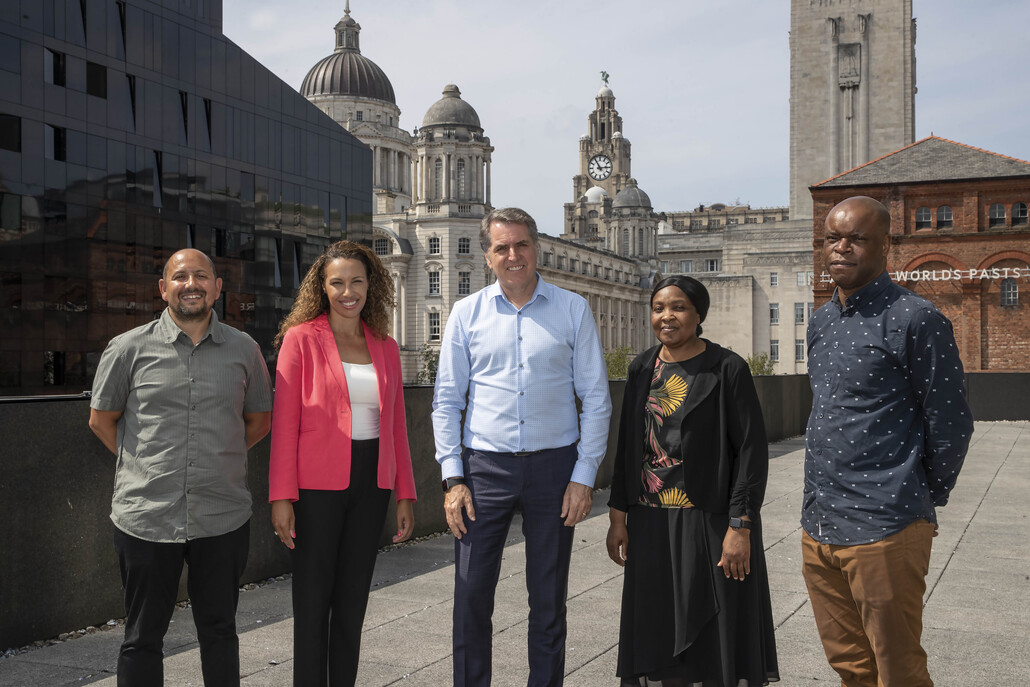 A year on, it seems like a timely moment – Liverpool has its first Black MP and city mayor – and a £3.2 million Race Equality Hub is starting to take shape.

It is designed to target employment inequalities and remove barriers in the labour market.

Emy, 57, says community leaders are impatient for change but he is acutely aware that in the past such initiatives often produce little lasting effect.

It is hoped a combination of long-term funding, political will and genuine involvement from the communities affected can deliver lasting change.

“Our research tells us that no-one anywhere gets this right,” he explains.

“We looked for successful models in the UK and USA and we found none, so we really are in uncharted waters.”

Early research ahead of the project showed that initiatives in the past had floundered due to a failure of political will, with people often trying to crisis manage solutions.

“Heads might roll but the issue inevitably moves down the list of priorities and we move on,” he adds.

“What people fail to do is understand barriers, learn lessons and develop a new kind of policy.

“We want to embed long-term funding and make sure we do this with communities rather than doing it to them – hence our co-design approach.

“The Mayor is on board and is very supportive. We need to ensure the hub is long term and commercially viable. It is going to take more than two or three years to achieve.”

Work to establish the Race Equality Hub began last autumn and triggered a flurry of activity.

That will include rolling out a programme of race equality training to the 22,000 people employed by the Combined Authority and the six local authorities.

It will also include involvement in The World Reimagined, a national art education programme that aims to help reframe cultural narrative on what it means to be British. In the city region this means a project looking at the transatlantic slave trade and connections to coal mining in St Helens and the Leeds Liverpool canal.

A full business case for the Hub is currently being developed. External people with expertise in different areas have been appointed to a 16-strong steering group with nine board members driving various aspects of the service delivery.

Cultural ambassadors have been despatched to each of the six local authority areas to talk to communities and report back the barriers and issues people are facing.

Premises are planned for a Liverpool city centre site and in each of the six local authorities – a hub with satellite offices for people to get support and advice.

The Hub is expected to be up and running in October.

Emy’s 2015 book Pitch Black: The History of Black British Footballers, looked at footballing racism through the eyes of some of most influential players of their generations, including John Barnes, Viv Anderson and Cyrille Regis.

His academic interests have seen him study for a master’s degree in Ethnic Studies and Race Relations and he currently is working towards a PhD in Researching Barriers to Race Equality in English football.

Emy explains how initiatives to increase diversity in employment will be broadly based around demand and supply and centre around a strategy of persuasion and encouragement.

He points to a lack of diversity among professional roles such as doctors, teachers, architects and engineers and the affect that has in both working class and Black, Asian and ethnic minority communities.

This absence of role models creates an aspiration issue: “if you can’t see it, you can’t be it”.

But he also highlights a “dearth” of people from Black, Asian and Minority Ethnic communities going into areas like engineering and construction, where they could progress to managerial roles such as site manager.

Emy added: “We will target our growth sectors and ask them to provide positive action – to ring fence opportunities for Black, Asian and minority ethnic groups. We will provide pre-support, through things like interview, applications and CV preparation, so that they are able to gain entry to those opportunities.

“We will do work with organisations that want to diversify but don’t know where to start, for example an engineering firm with a family ethos, perhaps one that traditionally recruits from sons and friends of workers. We would ask them to look at where and how they recruit, at more competency-based recruitment panels. This might be tied it to a fair employment charter – more opportunities for more diverse firms – it might be reputational it might be a willing ear in senior leadership.”

At the moment, the foundations are being laid for something which can become embedded within the city region with results in the long term.

Having worked in the field and in the community for many years, Emy understands the appetite for change but also the need to deliver tangible results.

“It is exciting and frightening at the same time,” he added.

“All things being well, it is going to be a game changer and will have a real effect on the city region. It is innovative and the opportunity to help shape its development is really exciting. The frightening bit is the anticipation from the community. Everyone has seen it all before and there is a lot of scrutiny. People are sceptical, which is healthy, but they are willing to suspend this scepticism if things begin to move in the right direction.

“The pressure is about managing expectations. People want it yesterday. We need to take our time and there needs to be a bit of pace. It would be great to be able to announce it during Black History Month in October. But we need to get it right, get away from the knee jerk response.

“We are going away from the model of intervention where you throw money around. We want to do something strategic, long term and think about its development. Race equality is not going to be addressed in the short term.”