The funding, together with £1 million from independent trust Power to Change, will establish Kindred as a social investment vehicle that aims to support the growth of the social economy in the Liverpool City Region.

Socially trading organisations – sometimes known as ‘community businesses’ – are those companies that set out to deliver social benefits by trading commercially.  They do not include more traditional charities who rely solely on donations or grant income, or those organisations who export profits from a locality.

The sector employs 50,000 people, one in ten of the city region’s workforce, with 1300 socially trading organisations generating £2.9 billion per year for the city region economy.

It is a particular strength of the city region and Building Back Better, the economic recovery plan for the city region, clearly identifies that it has a clear and important role to play in generating growth while also helping to achieve a fairer and more inclusive economy.

Since October 2019, the Combined Authority has been working with a founding team, including independent trust Power to Change, to develop Kindred as a new investment and development vehicle, owned and run by the sector, that will provide business support and funding to community businesses.

After consulting with more than 150 socially trading organisations, Kindred was created earlier this year, and will be developed by and owned by the sector.

And throughout the pandemic, Kindred has provided tailored, peer-to-peer business support for around 200 socially trading organisations across the city region, as the Combined Authority and Power to Change fast-tracked plans due to launch in the Autumn.

“Our region’s social businesses are the often underappreciated engines of our economy, delivering economic and social value worth almost £3bn every year.

“Our recovery has to be built from the bottom up – as a Combined Authority we can act as an enabler, but we do not have the monopoly on good ideas. Because of devolution, we are able to work alongside our socially trading sector to understand their needs and challenges and have been able to tailor our response around that.

“The result is Kindred. Owned and managed by the sector, it will offer social investment and peer-to-peer support for other community businesses, with the aim of generating good growth whose benefit is felt most by the people at the heart of their communities.

“Kindred is a bold, innovative initiative that puts a vibrant social economy at the heart of the City Region’s economic plan. Community businesses and other socially trading organisations are not a nice to have, they are an important contributor to a more inclusive economic recovery. By investing in Kindred, Liverpool City Region is spearheading a new approach that has the potential to reinvent local economic strategies across the country.”

Erika Rushton, Creative Economist, who has been commissioned to deliver the set up and delivery of Kindred, said:

“Approval for Kindred couldn’t have come at a better time, or a worse time,” she says. “Despite improving prosperity in the city region, the pandemic highlighted just how fragile our economy was and how reliant we had become on large organisations and long supply chains that couldn’t, or didn’t, respond to our everyday needs. Socially-trading organisations stepped in and stepped up. Collectively they now offer Liverpool City Region the means of finding new purpose for redundant buildings, new roles for unemployed people, of reinvigorating our high streets and harnessing the inherent social entrepreneurialism that flows throughout the city region’s heritage to deliver a kinder and more inclusive economy.

“Kindred was designed by, is collectively owned by, and will invest and reinvest in socially-trading organisations in the Liverpool City Region. I look forward to the day when Kindred and social trading is the norm.” 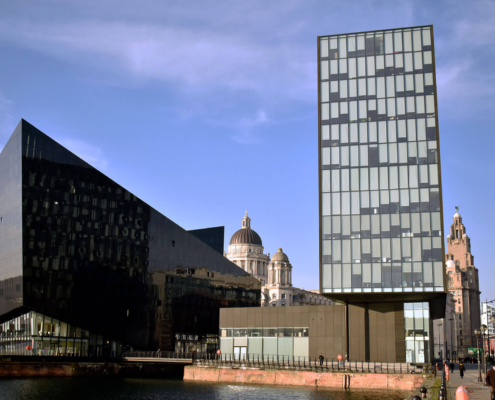 END_OF_DOCUMENT_TOKEN_TO_BE_REPLACED

Metro Mayor offers support for apprentices made redundant during the COVID-19...
Scroll to top
Contact us
×
Media enquiries
×