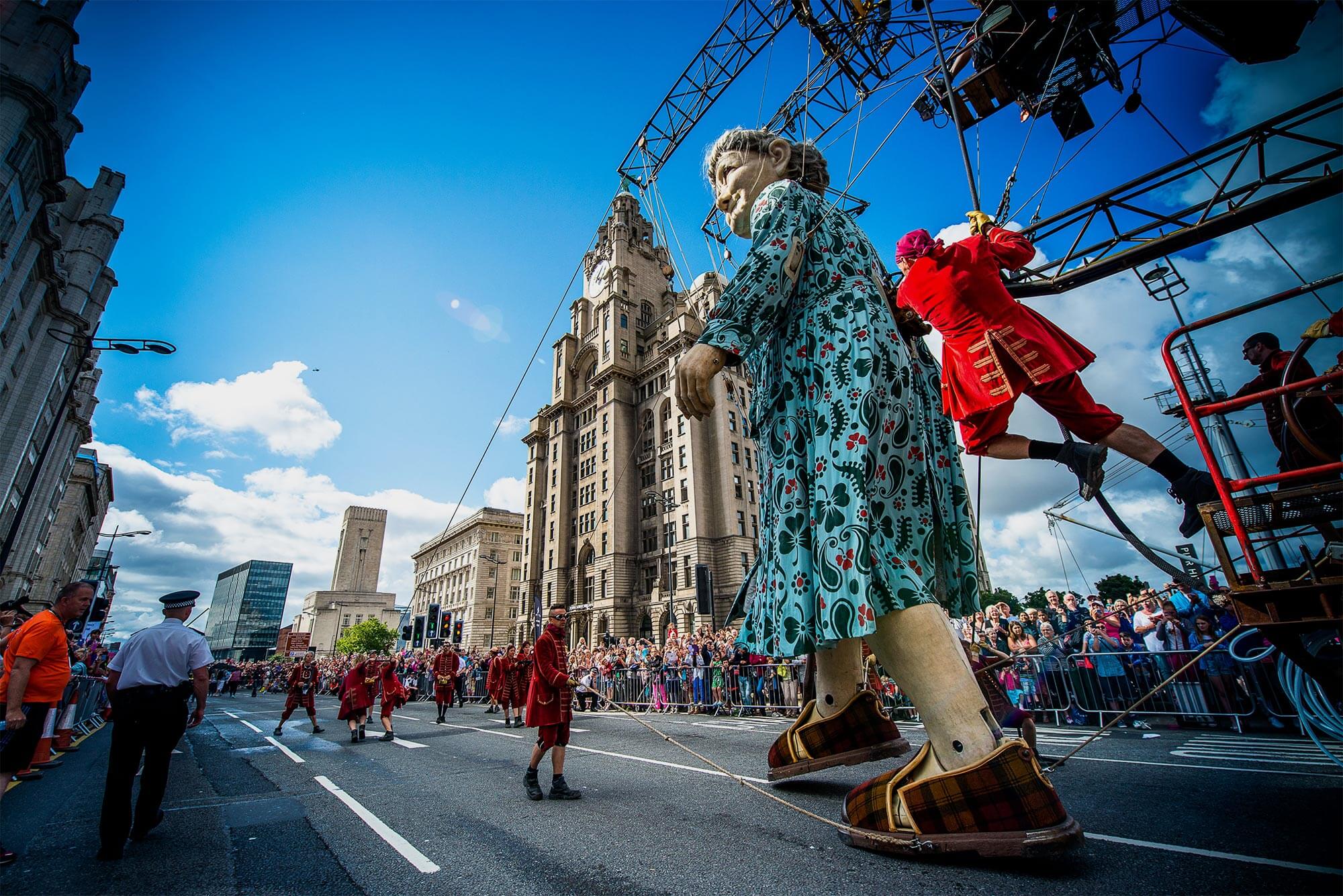 It was a difficult job for this year’s judges to choose the finalists in the 2020 Liverpool City Region Culture and Creativity Awards as we had more than 700 nominations in a huge show of support for the cultural sector across the whole city region, which has suffered a massive impact in the face of Covid-19. 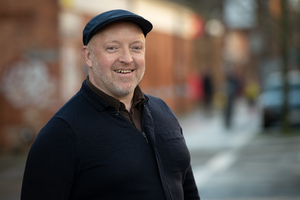 During 2020 theatre producer Bill Elms created the Liverpool Theatre Festival. Bills mission was to reinvigorate and boost the city’s live performance and creative arts sector after a devastating six months due to lockdown and Coronavirus restrictions, with restrictions continuing further.

Liverpool Theatre Festival attracted over 2,500 live performance fans across nine days for its inaugural staging – with calls for it to become an annual event.    St Luke’s Bombed Out Church in the heart of the city centre provided the perfect backdrop for the first festival, which featured 19 showstopping performances of 12 productions. A truly unforgettable and magical experience. It wasn’t easy and the changing guidelines proved testing, stacking the odds against them, but the inaugural Liverpool Theatre Festival was a resounding success.

Liverpool Theatre Festival has had calls to make it an annual event and has already been nominated for regional awards. 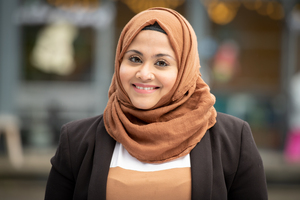 The annual combined arts festival platform, empowers and develops work by Black artists across community spaces and established venues. The programme includes music, theatre, film, visual arts spoken word and poetry. In 2020, BlackFest completely re-thought their programme so it could take place both online and in city venues in September 2020, providing a week-long programme of diverse and thought-provoking entertainment and events.

With the aim of educating people, encouraging diversity and promoting Black Arts, BlackFest aims to educate, empower and improve equality in the arts scene. The festival answers a crucial need in the city’s cultural offering, celebrating Black Arts, and bridging the gap between institutions and the marginalized communities they represent. They did the most spectacular job to pivot the delivery of the festival in 2020 to allow it to take place under Covid-19 restrictions! The current BlackFest team consists of Artistic Director Jubeda Khatun and Board of Directors Susan Goligher, Amnah Vicars, Rahima Farah, Aisha Amele. 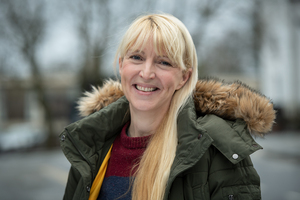 Gaynor La Rocca is Artistic Director of Imaginarium Theatre, a theatre and community arts organisation, based in Prescot in Knowsley, and an Associate Company of the Shakespeare North Playhouse.

Imaginarium provide an extensive creative community programme for local children, young people and adults throughout Merseyside, and throughout the Covid-19 restrictions Gaynor has provided online courses, activities and projects to allow people to stay connected, to develop their skills and learn new ones. Gaynor’s energy and ideas resulted in a continuation of excellent engagement with the local community.

Projects have included a poetry and community film project about caring for others during the covid pandemic called the Seven Ages of Care. The Bathtub Shakespeare project and Shakespeare’s Stories produced more than 40 short films of community actors performing Shakespeare in unusual places and situations – keeping everyone involved. Young people aged 7-16 years enjoyed an online summer school, worked with a range of professional practitioners, and produced a series of short films called Midsummer Mischief.  Gaynor has created ingenious ways to engage (including driving around Merseyside delivering scripts, costume and tripods to people’s front doors), and throughout the pandemic the community was supported, and activities were created to reduce the impact of isolation and mental health issues. 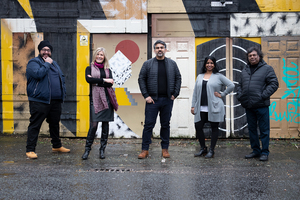 Milap is the UK’s leading Indian Arts and Culture company, with a national and international programme.

Based in Liverpool, the charity works in two key areas: it produces a performance programme of festivals, events and tours, and has a career development programme, for Indian music and dance students and artists of all levels. Milap’s mission is to inspire, educate and entertain people of all backgrounds through Indian arts.

Despite the restrictions Milap has managed to do amazing things throughout the year using online channels and partnering with organisations across the globe. Throughout 2020, Milap moved its 25-year-old concert series ‘Music for the Mind & Soul’ online, and has programmed more than 20 separate performances. More importantly, this has seen audience members logging in from all over the world, and has also given work and support to artists from around the world, who are currently struggling in their careers without live performances.  In order to help people celebrate the festival of Diwali, Milap programmed an entire series of online festival events. During times of lockdowns and isolation, Milap has allowed people to connect with each other, and have provided hope, inspiration, ideas and entertainment to people around the region, country and the rest of the world. 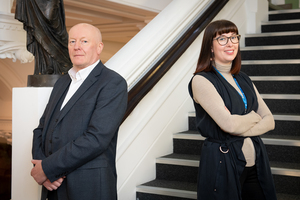 The Atkinson is Southport’s home for music, theatre, art, literature and history.  The Atkinson offers an exciting and varied destination for families, cultural tourists and arts enthusiasts alike.

The Atkinson has offered hope to people across the Liverpool City Region during the Covid-19 pandemic. Whatever the challenge they responded with imagination, creativity and determination.

In the week before lockdown back in March, The Atkinson was the site of the spectacular building-wide projection ‘A Nightingale’s Song’ celebrating the whole of the Sefton coast.  After reopening on 27 July, they welcomed over 37,000 visitors who enjoyed some truly outstanding exhibitions, which then became hugely popular online, immersive presentations. During the second lockdown, artist David Ogle’s sculptural installation of a rising sun, radiated positivity and the hope of The Atkinson’s re-awakening. This was just one of a series of Hope Street projects commissioned by The Atkinson’s Young Producers some were delivered live, like the Bootle Skate Paint project, others digitally, such as ‘Butterflies in the Chaos’.  The Atkinson theatre will deliver a socially distanced pantomime over the Christmas period, as well as staging new exhibitions on the connecting theme of ‘Inspirational Journeys’. 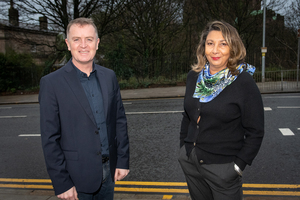 Writing on the Wall

Writing on the Wall (WoW) is a writing and literature organisation based in Liverpool hosting Liverpool’s longest running and nationally acclaimed literature festival – WoWFEST. WoW promotes and supports equality, diversity and inclusion.

Their exciting writing development programme nurtures new and aspiring novelists, poets and spoken word artists. They publish work by new writers and offer a range of services to support individuals and organisations. Writing on the Wall was preparing for its annual WoWFest celebration of writing when the lockdown was imposed in March 2020. With ingenuity and imagination, this event and future events were smoothly transferred on-line to actively engage with a world-wide audience.  In 2020 they have delivered courses and meetings via Zoom and Facebook aimed at engaging people in a diverse variety of interests and covering Black History Month, Mental Health and Well-being, Black Lives Matter, business courses for those involved in the arts and many more.

They provided encouragement, hope and humour to people from LCR and beyond. WoW simply inspires encourages and gives writers the tools to pursue careers in writing. They are an inspiration to the community and give a voice and opportunity to all upcoming writers.