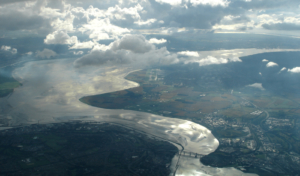 Dozens of immediate actions to tackle the Climate Emergency are highlighted in a one-year plan set to be approved by Liverpool City Region Combined Authority.

The Year One Climate Action Plan was drawn up to ensure ‘opportunities for early action are not missed’ as the city region strives to become zero-carbon by 2040.

The Combined Authority declared a Climate Emergency in June 2019 and set an ambitious goal to become carbon neutral ten years ahead of the UK target.  It will be asked to approve the Year One Climate Action Plan at its meeting tomorrow (19 March).

Numerous environmental schemes are already underway and many more are planned as the city region seeks to Build Back Greener from the coronavirus pandemic. The Combined Authority’s aim is for a ‘climate in all policies’ approach.

The Year One Climate Action Plan reveals emissions of the greenhouse gas carbon dioxide reduced by 40% in the Liverpool City Region between 2005 and 2018.

Industrial and domestic discharges fell significantly but transport emissions, while lower than in 2005, have risen since 2013. The number of miles travelled by motor vehicles also increased in the three years up to 2019 – with cars accounting for the largest share.

As a result, transport and clean air schemes feature prominently in the comprehensive 82-point plan. Waste, infrastructure and sustainable energy projects are also included along with policy, planning and collaboration.

The plan accepts choices made by individuals are vital to avoiding a climate emergency so includes education as well as an active travel campaign to encourage walking and cycling.

Individual choices will also be helped by strategic and infrastructure initiatives involving transport, waste, land use, energy and heat.

The Year One Climate Action Plan features projects that will either start, continue or finish during 2021/22 and includes:

The Combined Authority and its partners have already made major strides towards the vision of a globally competitive, environmentally responsible and socially inclusive city region.

These include recent housing strategies and an air quality action plan along with new electric buses, investing £1.26m in low carbon solutions, developing the Mersey Tidal Power project, improvements to the cycling and walking infrastructure, investing £500m in a brand-new fleet of efficient electric trains, introducing hydrogen buses and funding 10 environmental projects through the Combined Authority’s Future Innovation Fund to be completed in 2021.

“The pandemic might have dominated our attention over the past year, but the climate emergency remains the biggest long-term challenge our region – and our planet – faces. Since I was elected, I’ve made tackling climate change a priority.

“We were the first combined authority in the country to declare a climate emergency, have invested millions in green projects and have developed ambitious plans to be zero carbon by 2040 – a whole decade ahead of national targets. But I want to go further.

“This plan sets out the things we’re doing to tackle climate change and improve the environment in our area over the next twelve months. We still have a long way to go but this will be a big first step.”

The Year One Climate Action Plan was developed with the help of Liverpool City Region Climate Partnership and is centred around nine themes that are aligned to the United Nations Sustainable Development Goals.

Liverpool City Region has also teamed up with Greater Manchester Combined Authority, and other local authorities and local enterprise partnerships to set out the north west’s zero-carbon 2040 vision ahead of the UN’s Climate Change Conference (COP26) in Glasgow in November this year.

The Year One plan is due to start next month with publication of a long-term Climate Action Plan in November.

“The climate and ecological emergency is exactly what it says – an emergency – and that means the time for action is now. We’re consulting widely as we form our detailed plan to become zero-carbon by 2040. This one-year plan will guide our on-going activities and provide focus for the urgent task ahead.”

“We’ve made great progress towards reducing carbon dioxide emissions but we’re still a long way from where we need to be.

“The climate threat is very real and very urgent and this document provides an excellent plan of activity for the next year as we relentlessly pursue our target of being a net zero-carbon city region by 2040.”

Five-year plan for culture revealed as effect of Covid-19 pandemic on Liverpool...