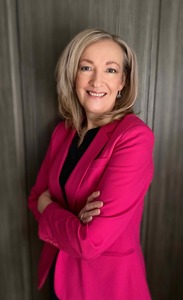 Katherine Fairclough has been appointed to the role of Chief Executive of the Liverpool City Region Combined Authority.

Katherine joins the Combined Authority from Cumbria County Council, where she has been Chief Executive since 2017. She was previously Deputy Chief Executive at Warrington Borough Council.

Her role will involve responsibility for all functions of the Combined Authority, including Transport, Environment, Investment and Business Growth, Housing and Homelessness, Employment and Skills, Culture, Fairness and Inclusion.

A top priority will be taking forward the Combined Authority’s work on economic recovery from Covid-19, working with the City Region’s six Local Authorities and partners in business and civic institutions.

Katherine takes up the role following a rigorous recruitment process and will take over from current Chief Executive, Frank Rogers, who announced his retirement last September.

Commenting on her appointment, Katherine said:

“I’m delighted to be taking up this post as Chief Executive of the Combined Authority and am looking forward to working closely with all its partners to build on the great work it has done so far.

“The Liverpool City Region has so many strengths – from its legendary culture and hospitality, to world-leading industries such as health and life-sciences and advanced manufacturing, to its energetic start-up community.

“But, like everywhere else, it has been hit hard by the pandemic and there is a huge amount of work to do to drive the City Region’s recovery.

“I’m looking forward to working with partners through this crucial period to achieve our vision to create a globally competitive, environmentally responsible and socially inclusive city region.”

“I’m very pleased to welcome Katherine as our next Chief Executive.

“This is a vital role for our City Region, and her appointment is the result of a rigorous recruitment process designed to make sure that we secured the very best candidate possible.

“We have huge challenges ahead of us, but we also have so many positives to build on as we drive forward to recover from the pandemic and return to the progress we were making before Covid-19.

“I look forward to working with Katherine and I know that she will be a great asset to both the Combined Authority and to our City Region.”

“I’d also like to once again put on public record my personal thanks to Frank Rogers, as he prepares for his retirement.

“Frank has played an absolutely pivotal role in the progress we have made in the City Region over recent years, making a huge contribution to improving the lives of the 1.6 million people we serve, with an unshakeable determination and integrity.”

Katherine is expected to take up her post in early Summer.

Katherine is currently the Chief Executive of Cumbria County Council, a post she has held since March 2017. Prior to this she was Deputy Chief Executive at Warrington Council and held a number of senior leadership roles at Wigan Council. Katherine began her career at St Helens Council.

Katherine has a strong track record in strategic change leadership, service improvement and transformation. She is a collaborative leader who prides herself on building strong relationships with elected members, staff, partners and stakeholders to deliver the very best for local residents.

She is an advocate of commercial and entrepreneurial leadership, holding a strong belief that unleashing the creativity and ambition of a place is key to success. 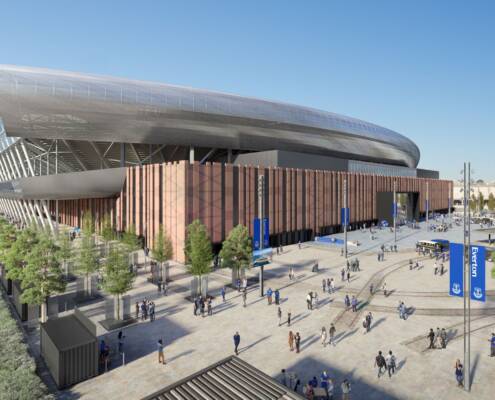