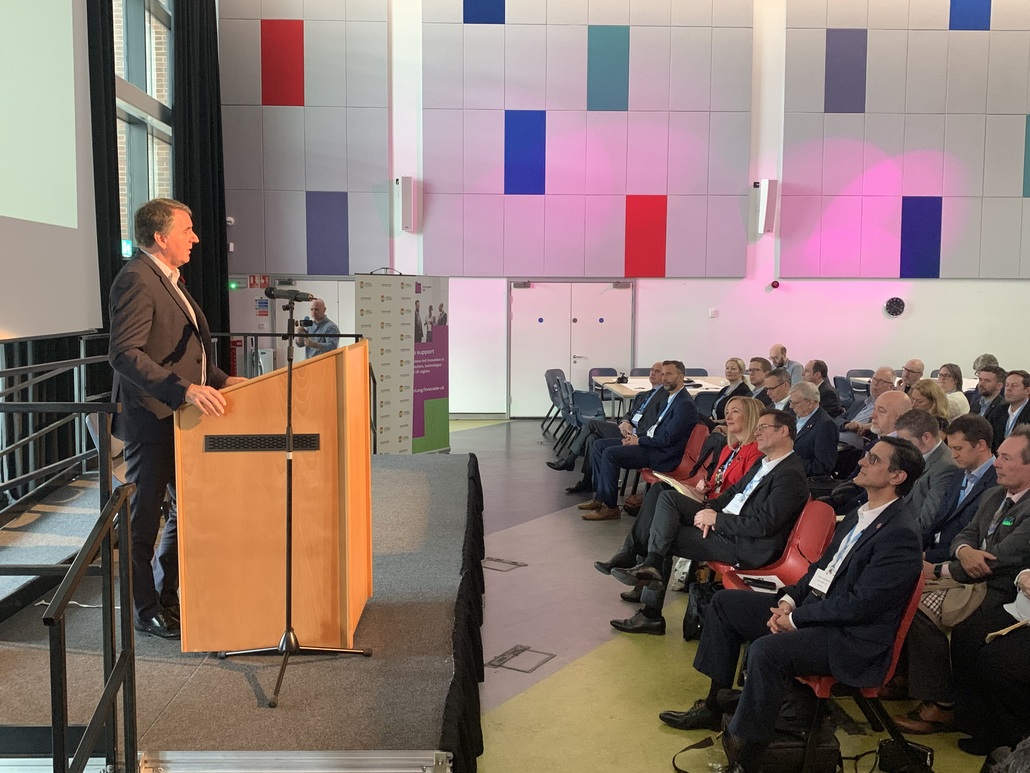 This is one of Innovate UK’s first regional partnerships as committed to in their Strategic Delivery plan 2022 to 2025. The Partnership will ensure even closer collaboration between the city region and the UK’s agency responsible for driving innovation.

An important element of the partnership is a commitment to inspire future generations into science and innovation.

Mr Mukerjee later visited the University of Liverpool’s Materials Innovation Factory, in Knowledge Quarter Liverpool. The aim was to highlight how the University and MIF is acting as an anchor institution to bring together and innovate with large and small industry players as well as spin-out new companies. This was followed by a presentation from Professor Janet Hemingway, director of the infection innovation consortium iiCON, one of the UK’s most dynamic and impactful innovation projects.

Liverpool City Region is one of two places in the country to pilot Innovate UK’s £15m Launchpad programme aimed at driving innovation beyond South East England.

Both the Launchpad pilot, which is focused on stimulating the city region’s advanced manufacturing cluster, and the establishment of this new partnership are testament to the Liverpool City Region’s highly developed innovation ecosystem, its world-leading science and research strengths and its commitment to expanding Research and Development (R&D). 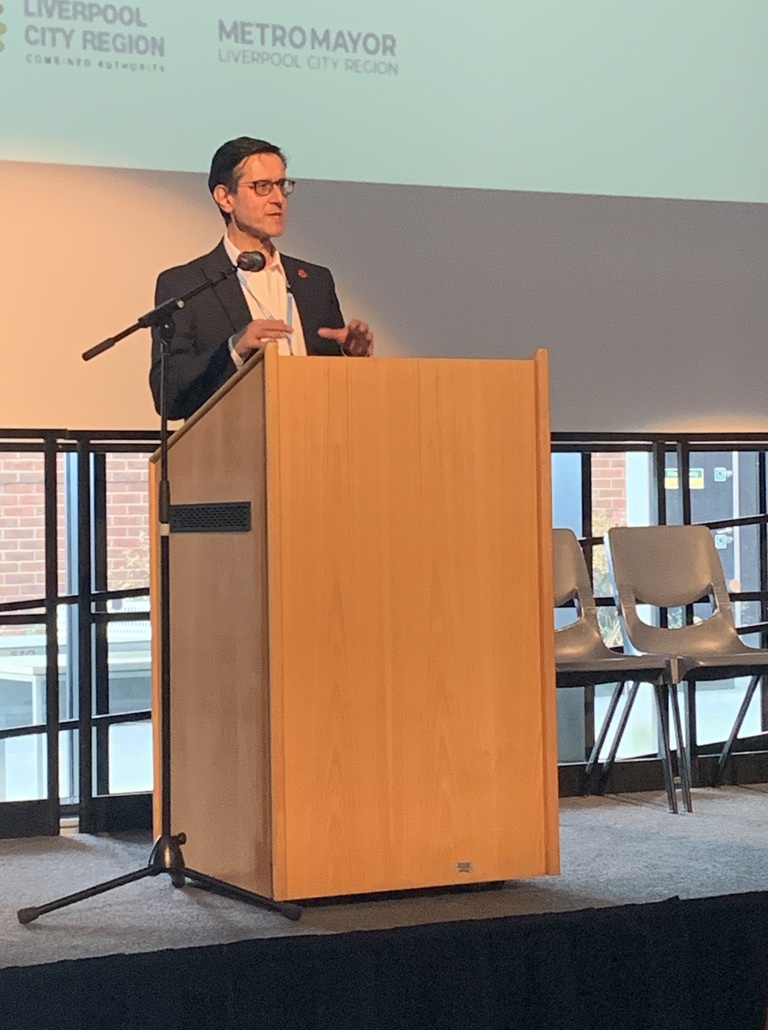 Steve Rotheram, Mayor of the Liverpool City Region, has set a target of spending 5% of the city region’s economy on R&D by 2030 – nearly double the government’s target.

Earlier this year, the Mayor launched the region’s first Innovation Prospectus, which highlights the scale of his ambitions. In addition to £1bn of live projects, the document outlines a multi-billion-pound plan, to accelerate the city region’s innovation powerhouse credentials; adding an estimated £41.7bn to the city region economy, creating around 44,000 jobs and leading to a 10% improvement in productivity.

“The Liverpool City Region has a long and proud history of innovation from Stephenson’s Rocket, the world’s first passenger railway, to the establishment of the first research centre for tropical medicine right through to the launch of the Pandemic Institute just last year.

“But I don’t want us to rest on our laurels. Much like Stephenson’s Rocket carried passengers between Liverpool and Manchester, I want this partnership to help power our journey to becoming a global science and innovation superpower.

“Locally, we’re putting our money where our mouth is too, with plans to invest 5% of GVA into R&D and plans that could create around 44,000 high-skilled, well-paid jobs for local people and add £42bn to the local economy

“For too long the North has been treated like a poor relation to the Golden Triangle. But, as this agreement shows, we are working to fix that imbalance. We are home to world-leading, innovative work in a whole range of industries. It’s a fantastic foundation to build our ambitions upon.”

“Innovate UK is pleased to welcome this Partnership and Action Plan.

There are exciting and significant opportunities to help drive economic and societal improvement through business innovation right across the Liverpool City Region, and this Action Plan sets out clear ambitions to realise the potential of those opportunities. We see this as the first of many regional partnerships in support of levelling up.”

Elaine Bowker, Principal at The City of Liverpool College added:

“Innovation is central to everything we do at The City of Liverpool College – whether it’s the investment we make in our facilities, our relationships with employers to support their own innovation, or delivering a curriculum that supports the needs of industry to create a work-ready pipeline of talent.

“We know that innovation is key to delivering an inclusive approach to education provision – improving social mobility, creating job opportunities and improving productivity. It’s fantastic to have the chance to play host to the launch of this unique partnership, which will lead the way for more of this important work to happen across the country.”