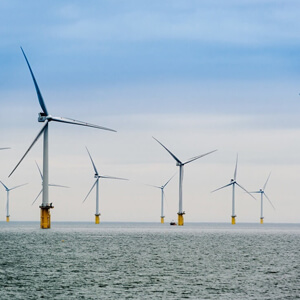 In recognition of the pressing threat of climate change and the urgent need to take action, the Liverpool City Region Combined Authority declared a climate emergency at its Annual Meeting on Friday.

“This week I met with representatives from the Climate Strike Group Liverpool as I promised to do following their demonstrations before our last meeting.

“It was genuinely fascinating to discuss the issues of climate change, air quality and the environment and to hear how they as young people feel particularly affected by these issues.

“As a city region we are already making huge progress in this area. We were the first in the country to adopt a Zero Carbon target of 2040 – ten years earlier than the nation target – we have launched a £10m Green Investment Fund, we have the first fleet of 25 zero emission hydrogen buses coming to the city region next year, we have the Mersey Tidal commission and we already have one of the biggest wind farms in Europe in Liverpool Bay.

“But I think we are all aware that we can always look to do more, so, following the request from the young representatives I met, and after consulting with the other members of the Combined Authority, I can announce that we will declare a climate emergency in the Liverpool City Region.

“This action demonstrates that we understand the pressing threat of climate change and the urgent need to act and we will ask officers to prepare a paper for the next Combined Authority meeting providing further detail of the commitments the CA is making on this agenda.”

The CA already has a number of policies to support tackling climate change, including:

As announced in Friday’s meeting, a paper will be brought to the June Combined Authority meeting detailing further commitments in this area.