A therapy garden, food growing, beekeeping, biodiversity and a bike scheme are also among 34 projects that will be supported this summer by the £500,000 Liverpool City Region Community Environment Fund.

Following the success of last year’s fund which brought bees, wildflowers, upcycling, food planting and even lambs to the city region, this year’s applications for Phase II funding included Khan Odita’s proposal to transform a disused patch of land rife for fly tipping into a community garden. 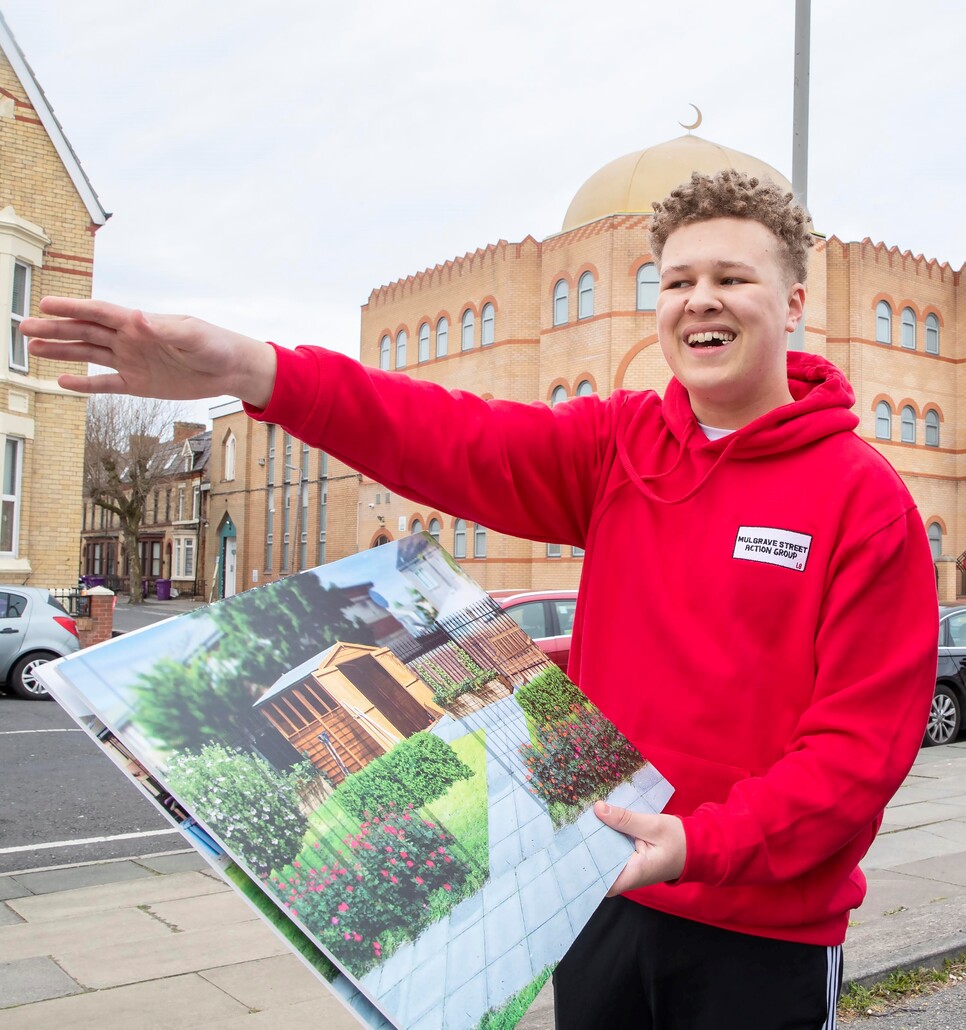 Khan Odita at the site of the proposed community garden.

The teenager spent last summer holiday founding the Mulgrave Street Action Group after becoming fed up with rubbish dumped near to his home. He came up with the idea of creating a space for the community to boost pride and create cohesion.

“I launched the Community Environment Fund to empower residents across the region to improve their communities. From an urban farm over on the Wirral, to Baz the beekeeper at the heart of L8, it was fantastic to get out and see the creative ways people were putting last year’s fund to good use.

“This year it’s back and better than ever! It’s clear from the successful bids that people from all walks of life in all parts of our region want to do their bit to make their neighbourhood cleaner and greener.

“Tackling climate change is an enormous task. It’s not something that can be accomplished alone. Taken collectively, lots of small actions will add up to make a big difference and ensure that the Liverpool City Region is doing its bit to save the planet.”

The fund’s application criteria were decided by the Liverpool City Region Climate Partnership, which was set up to provide expert advice on tackling the climate emergency.

The fund also seeks to help the Liverpool City Region become net zero by 2040, reduce air pollution and improve the health and wellbeing of people across the whole city region.

“Receiving this funding means so much to me and the Mulgrave Street Action Group as it will enable us to come together to create this space and eventually have projects like growing food for the community within it. It will make our immediate area in L8 a much more environmentally friendly one and prevent fly tipping and other misuse so our neighbours can enjoy where they live.”

“Applications to the Community Environment Fund have been of a staggeringly high standard and this year has been no different.

“The level of variety of and scope we have seen from people who are already serving their communities has been admirable and I’m delighted we can support them further with this fund again for 2022.”

“The Community Environment Fund gives people the opportunity to take their green projects further than perhaps they would be able to ordinarily. Many residents in the city region have the desire to help combat the climate emergency and do as much as they can to support the net zero agenda and this fund with its unique projects allows them to do just that. I’m really looking forward to seeing some of the results from this year’s schemes.”

“These community projects make a real and immediate difference to people’s lives and the activity all goes towards dealing with the challenge of climate emergency. I can’t wait to see how this year’s projects take shape and what impact they will have on our city region residents.”