Safer streets for women in Liverpool

Work is getting under way on a series of measures designed to make the transport network in Liverpool safer for women and girls.

Safer Streets Liverpool is a £270k scheme funded by the UK Home Office, secured in a joint bid by Liverpool City Council and Merseyside Police and Crime Commissioner Emily Spurrell.

Launching on Monday 7 March, Safer Streets Liverpool will be promoted through a powerful visual communications campaign targeted at potential perpetrators and highlighting unacceptable behaviours such as touching, groping and stalking.

It followed a survey, run by the Commissioner, which showed 54% of women felt unsafe using public transport in Merseyside at night and nearly 42% had concerns about using it in the day. 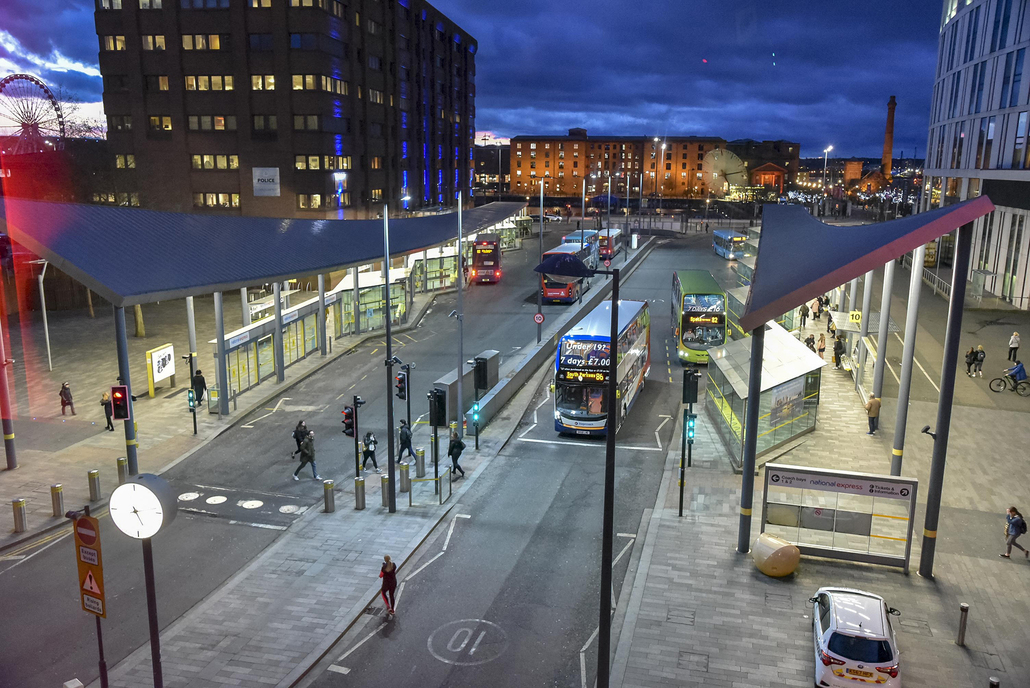 • Bus drivers and frontline bus station staff to receive ‘bystander training’ to better understand and know how to prevent sexual violence. The training will equip them to act as ‘guardians’, to make passengers feel safer

• A new text message service, specifically requested by young people, which can be used to report concerns and help to identify offenders

• Increased police and uniformed presence on the transport network

“Part of the journey to making our transport network safer for women starts with the conversations we have in our homes and in our classrooms. It is incumbent on men to moderate our behaviour and think about what we can do to make women feel safer in public spaces.

“Whether using public transport at night, or just walking home, too often women in our communities feel they are unable to do simple things that men take for granted.

“It is encouraging to see that practical steps are being taken to amplify the voices of women and help change men’s attitudes and behaviours. It cannot be right that half of our city region can be denied the freedom to go about their daily lives without worrying about their safety.”

“My Safer Streets Merseyside survey highlighted that more women feel unsafe using public transport at night than any other area or location in our region. It is completely unacceptable that any woman or girl feels too worried or scared to use local buses or trains.

“Safer Streets Liverpool is completely focused on responding to those concerns. Through this multi-agency project, our goal is to make it as clear as possible that there is no excuse for sexual violence and harassment. It will not be tolerated.

“We are also putting in place some significant, long-term improvements to help women feel safer using the transport network and ensure if any incident does occur that causes them concern that they can report it quickly and easily and there is someone on hand who is trained to respond effectively.

“My thanks go to all the partners who have worked so hard delivering this project. While there is still a long way to go if we are to solve the fundamental issue of male violence against women and girls, I hope Safer Streets Liverpool will help women to be safer and feel safer.”

“Everyone should feel safe on our public transport network, and it is of great concern that a large proportion of women do not.

“If we are going to tackle this issue properly then it is vital that we do all we can to change the behaviour of those responsible.

“That is why we are taking a two-pronged approach to tackling the issue: putting in place practical measures while at the same time making absolutely clear the types of behaviour that no woman should have to encounter, and how to report them.”

“Tackling Violence Against Women and Girls is a key priority for Merseyside Police and together with our partners we are actively addressing the fears being raised by women and girls, with the ultimate aim of making our streets safer.

“The launch of Safer Streets Liverpool will be instrumental in helping us to address some of the concerns raised by women and girls who feel unsafe on our transport network and will complement our existing proactive policing response, Operation Empower, aimed at preventing sexual violence within the city centre.

“As a society we need to take a strong stance against attacks on women and girls who should be empowered to live their lives without fear of sexual objectification, harassment, or physical and mental abuse.”