The Mayors of the Liverpool City Region and Greater Manchester have arrived in Ireland for a joint visit to strengthen trade and cultural links between the North West of England and Ireland.

Steve Rotheram and Andy Burnham will be in Dublin today and tomorrow (Monday 28 – Tuesday 29 March) to meet with the Irish President, Tánaiste and Foreign Minister, as well as British and Irish businesses, on the first visit of its kind for metro mayors from the UK. 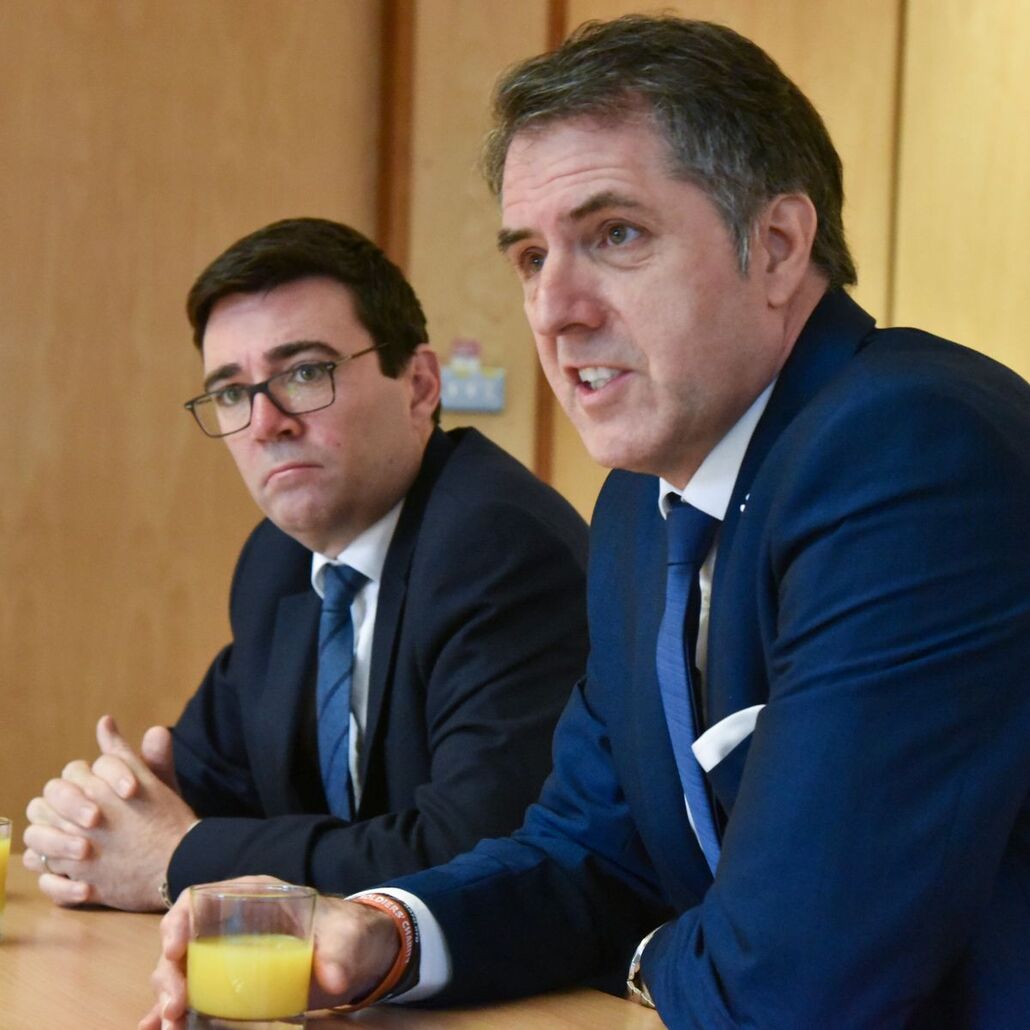 The two-day mission will begin at the British Embassy this morning, where the Mayors will meet Ambassador Paul Johnson, before going on to an audience with President Michael D Higgins at the Áras an Uachtaráin. They will also meet with Tánaiste Leo Varadkar, who took part in a virtual summit with the Mayors in 2020.

The Mayors are accompanied on their visit by Minister for Exports Mike Freer and a delegation of 15 Liverpool City Region and Greater Manchester businesses, led by the UK Department for International Trade (DIT), all of whom will join a business roundtable with the British Irish Chamber of Commerce later today.

Tomorrow the Mayors will join a breakfast meeting with Irish businesses and Leo Clancy of Enterprise Ireland, the Irish Government agency in Ireland responsible for supporting Irish businesses to grow in global markets. After that the North West delegation will take part in a Business and Innovation Summit hosted by DIT, featuring sessions on exporting to Ireland, net zero innovation and low carbon industries, and how cities in Ireland and the North West of England can cooperate and learn from each other.

The summit will be followed by a meeting with Foreign Minister Simon Coveney, who visited Manchester last year to open Ireland’s Consulate General for the North of England. The Mayors will then go on to a symposium on the culture and tourism sectors, including the night-time economy.

“Ireland holds a special place in the hearts of so many people in the Liverpool City Region – and we know that feeling is mutual – which is why our region has earned the title as Ireland’s 33rd county! I’m looking forward to building on that unique relationship this week and engaging in constructive conversations with colleagues to help us to forge an even greater bond with our friends over the Irish Sea.”

“Myself and Andy have arrived in Dublin this week with a united message on behalf of the 4.5m people we represent: we want to build an even stronger, more prosperous future with our nearest neighbours.

“The North West has enjoyed a long, successful trading partnership with Ireland – and we share many of the same aims in renewable energy, innovation, trade, and manufacturing, married together with our warm, common cultures – and there is still so much potential to unlock.”

“It’s great to be back in Ireland and to be leading the first joint Mayoral mission together with Steve. This place holds deep significance for so many people across the North West – including myself – who trace their roots back to Ireland, and it’s a privilege to be here representing them and Greater Manchester.

“The next couple of days will give us a chance to come together with Irish leaders and have those important discussions about how we can work together to recover from the pandemic, cut emissions to meet our net zero goals, and deepen collaboration and cooperation between our places. We’re also joined by some real innovators in business and culture from across the North West, and will be hearing from them about how they can take advantage of new opportunities to grow, invest, and create good jobs on both sides of the Irish Sea.”

The North West exported almost £2bn worth of goods to Ireland in 2019, with almost half of this total coming from the Liverpool City Region and Greater Manchester. The region is also home to around 50,000 Irish people, while many more have Irish heritage. Ireland is among the most popular tourist destinations for the two city-regions, and Irish visitors to the Liverpool City Region and Greater Manchester are some of the most frequent.

Up to £4.5m in training grants for Liverpool City Region employers as expansion...