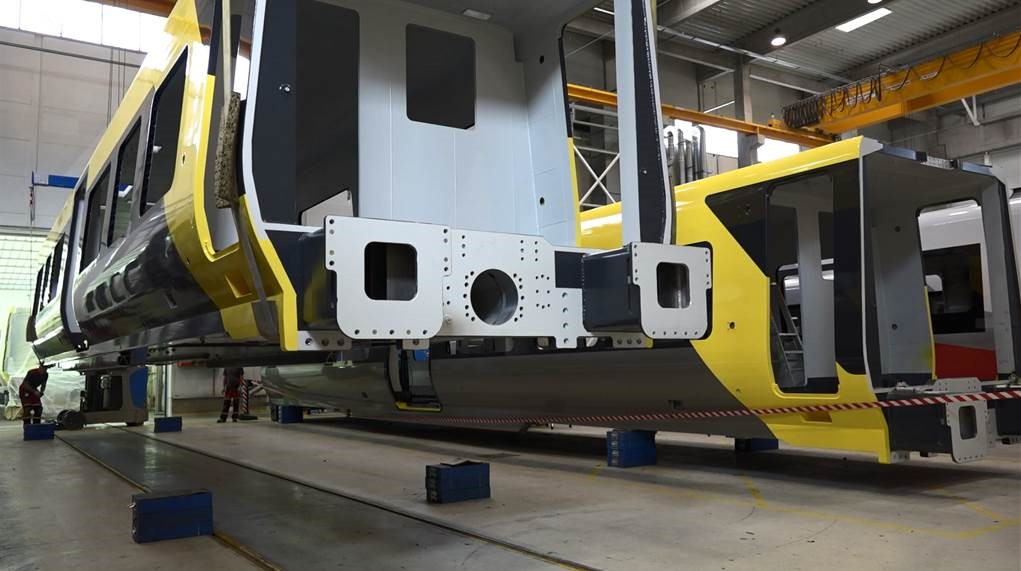 New trains for the Merseyrail network begin to take shape

The basic structure of the first train is now complete.

The new state-of-the-art fleet for the Merseyrail network is beginning to take shape with a crucial milestone reached in the manufacturing process.

The basic structure of the first train is now complete, with the wheelsets (bogies) attached to the bodyshell and factory-based testing has commenced.

Train manufacturer Stadler will be putting 52 trains through the process.  Once the ‘marriage’ is complete, trains will undergo routine static commissioning as a first step in preparing them for the authorisation required to enter service.

Dynamic-testing will kick off at a test-ring in Wildenrath, Germany later this autumn. Much of the testing is being undertaken at this purpose-built facility to minimise the need for testing and any associated disruption on the Merseyrail network itself.

The first train is due to arrive in Liverpool for testing later this year. The trains will begin to be rolled out for passengers from 2020.

Meanwhile, much work is underway in the Liverpool City Region in preparation for the new trains. The re-build of the Kirkdale depot is nearing completion and platform upgrade works to ensure level access at all stations onto the train, is entering its final phase.

“This is where vision really starts to become reality. These state-of-the-art trains are game-changing, not just for us but for the whole industry. Not only will they be UK-leading in accessibility, they are also publically owned, by us, and built specifically for our network and with features local people have said they want to see. I cannot wait to see them arrive on our network.”

“Witnessing the fusion of these two basic components is an almost moving experience and we are very excited to have reached this hugely symbolic point in the manufacturing process. With so much progress having been made over the last few months, we look forward to starting the crucial test phase over the coming months.”

“This milestone in the new fleet project is a huge step closer to introducing these state-of-the-art trains onto our network which will transform rail travel in the Liverpool City Region.

“Works through September and October will complete the platform upgrade programme that will support the new trains’ pioneering sliding step technology offering unassisted access for all, as well as improving power supply across the network.” 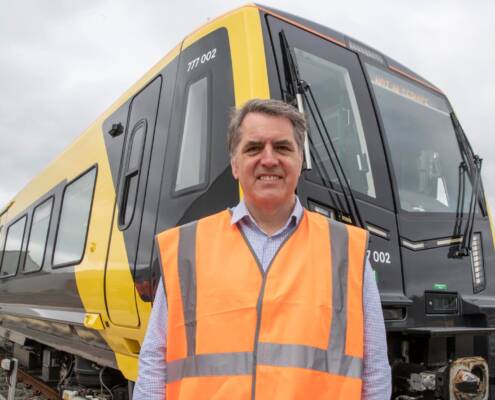