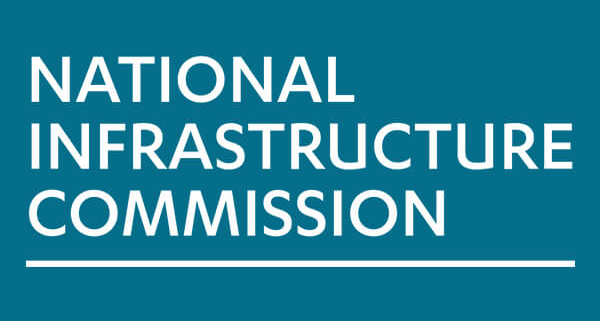 Criticising the delivery of UK infrastructure projects as “slow and uncertain”, the NIC argues that infrastructure has “not kept pace with population growth, demand and advances in technology” and that the UK must “stop running to stand still”.

Core proposals include full fibre broadband across the UK by 2033, half UK power from renewables by 2030 and £43 billion in long-term transport fund for regional cities.

“This report fully endorses a raft of our Liverpool City Region long-term priorities and, through devolution, we have a huge opportunity to drive through the big infrastructure projects that can transform the Liverpool City Region, where governments have previously failed. That’s why since I was elected I have prioritised three key investment projects to deliver enhanced transport connectivity, renewable energy and ultra-fast digital connectivity, which are the foundations for our future prosperity.

“By harnessing our most famous natural asset – the River Mersey – to create clean, green and predictable tidal energy and providing every home, business, school and hospital with ultra-fast internet access by connecting the GTT fibre spine in Southport, to the Hartree super computer in Daresbury via a digital loop, we can make our city region the digital gateway to the fourth industrial revolution. It’s why we need further Northern devolution to deliver Transport for the North’s strategic transport plan. We need to connect Liverpool and Manchester with new twin-track railway lines as part of delivering Northern Powerhouse Rail, and connecting it with HS2.

“Work on phase 2b of HS2 must start at the same time in the North as it does in the Midlands, and we need to develop deliverable plans for a new station in Liverpool city centre to accommodate HS2 and NPR services. Only by thinking big and getting on and delivering can we make the real difference needed and this report today fully endorses that reality. It’s great to see that the National Infrastructure Commission agrees with me.”