Metro Mayor Steve Rotheram has unveiled a near half-a-million-pound grant fund to help community projects and groups across the Liverpool City Region – using some of the profits from successful investments the Combined Authority has made.

The pot – which builds on the success of LCR Cares, which raised and distributed over £2.5 million to hundreds of organisations across the region, helping more than 250,000 people during the pandemic – was made possible by a £1.6m return from the Chrysalis Fund. 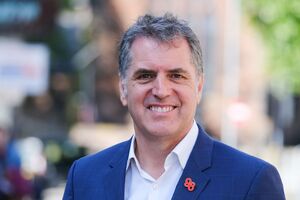 Under the innovative grant scheme, voluntary and community organisations can bid, via a simplified process, for cash to support initiatives meeting key pillars of the region’s recovery plan, Build Back Better.

These include mental health and wellbeing, community wealth building and digital inclusion as well as providing support for volunteer management.

The flexible scheme has been shaped by the priorities and needs of the community and voluntary sector.

“Our region’s community and voluntary sector is the envy of the country. And, when the pandemic threatened to wreak havoc on our most vulnerable, they stepped up.

“I’m proud of the way we were able to help them with LCR Cares, a unique crowdfunded campaign that raised more than £2.5m to help support that invaluable work: from mental health counselling and delivering food packages, to providing entertainment for children stuck inside and specialist support for victims of domestic abuse.

“LCR Cares was an emergency measure for an emergency situation. Now I’m moving to give the sector more financial security with a bespoke fund paid for from the profits we’ve made from successful investments.

“This will help free up the sector from some of the unnecessary red tape they face when normally applying for funding and allow them to get on with what they do best: making a difference in their communities.”

The funding will be managed via VS6, a partnership of 11 support organisations working with the 8,600 voluntary, community, faith and social enterprise groups operating across the City Region.”

“The VS6 Partnership are delighted to hear that £480,000 of grant funding is being made available to the voluntary, community, faith and social enterprise sector in Liverpool City Region, following on from the implementation of the successful LCR Cares Fund.

“We welcome the continued commitment of investment into the sector by the Metro Mayor and the Combined Authority, evidencing their recognition of the important role of the sector in stimulating community action through local economic growth, employment opportunities and community innovation.

“This grant funding will enable us to build upon the success and innovation of LCR Cares, the first of its kind in the UK, with a leading edge approach to ensuring that the sector’s reach into communities and commitment to inclusion is an inherent part of the Build Back Better strategy in the City Region”.

“LCR Cares has been a genuine trailblazer in putting cash directly into communities where it can help achieve the most benefit, and I have no doubt that this new fund will build on that success.

“The events of the last 18 months through the pandemic have once again shown the vital role the community and voluntary groups play right across our region, and this will hopefully help them continue to deliver for and support their communities.”

Combined Authority approves up to £45m support for region’s biggest regeneration...
Scroll to top
Contact us