Metro Mayor Steve Rotheram has announced a boost for the city region’s innovative Housing First programme, so it can support more homeless people with complex needs to live in their own homes. 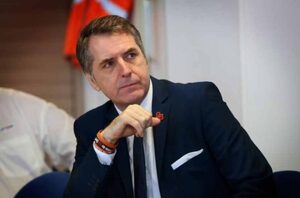 The programme has recruited more staff, who will be based across the city region, and will work with more than 200 homeless people over the next 18 months.

“Over the past decade we have seen a dramatic increase in homelessness and rough sleeping as a decade of austerity has stripped away many of the safety nets that people and councils could rely on. We’re piloting Housing First to radically change the way that we help rough sleepers in our region.

“Instead of treating people as statistics or targets to be met, Housing First treats people as human beings. By offering somewhere to live first, we’re able to clarify the wraparound support people need to address their other issues. If we’re successful, we could radically change the way this country views and helps people who are homeless.”

“Homelessness is not going away in the current climate, but by working together through Housing First, we can offer more options for homeless people, particularly those with the most complex cases, and ultimately support more people to rebuild their lives.”

“Tackling homelessness takes collaboration and partnership working. This new model of delivery, including the multi-agency panels, allows us to find the people most in need of Housing First and offer it to them.”

Housing First was piloted with 60 service users in the city region as part of the Government’s national strategy to end rough sleeping. Of those 60, many of whom have very complex needs and have been homeless for significant periods, we have housed 48 people.

Housing First differs from traditional homeless support in that it provides a home as the first response for people with multiple and complex needs.  It then provides individualised support to deal with issues such as addiction, mental and physical health issues and the effects of trauma and abuse.

This new phase of Housing First will make it easier for users to access the service by introducing a more collaborative approach to referrals. This means that organisations such as the Probation Service, hostels supporting homeless people, outreach teams and even service users themselves, will be able to refer into the programme.

New multi-agency panels, led by each of the six local authorities in the city region and made up of a variety of organisations such as public health, housing, social services and community organisations will then decide on who will go forward onto the scheme.

As part of this expansion, six new Housing First teams, each made up of one Senior Support Worker and six Support Workers, will be based within the local authority areas of Halton, Knowsley, Liverpool, Sefton, St Helens and Wirral, providing intensive 1-2-1 unconditional support based on the seven Housing First principles: