Frank Rogers, the Chief Executive of the Liverpool City Region Combined Authority, has announced his plan to retire in September next year.

Born in Liverpool and with a career spanning almost 40 years in both the private and public sectors, Frank returned to Liverpool as General Manager of the Mersey Tunnels, rising to be Director General of Merseytravel and then the first Chief Executive of the Combined 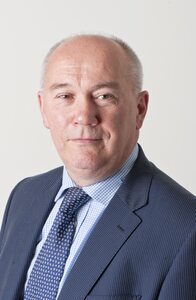 Over the last 15 years, he has made a major contribution to both transport – overseeing major projects like the £500 million procurement of new trains for the Merseyrail network – and the setting up of the new Combined Authority.

“Frank has played an absolutely pivotal role in the progress we have made in the city region over recent years. He has made a huge contribution to improving the lives of the 1.6 million people we serve, with an unshakeable determination and integrity.

“In many ways, his career and contribution reflect everything that we are striving to achieve, where a working-class kid from Kensington can rise to be Chief Executive of our Combined Authority and give so much back to create opportunity for others.

“I want to put on public record my personal thanks for his outstanding service and wish him all the very best for a long and happy retirement – although I’m sure that it won’t be long until someone tries to tempt him back.”

“I have been exceptionally privileged to have had the opportunity to serve the city region I love over the last 15 years and to have played a part in the huge progress we have made.

“The last few months have brought us all unprecedented challenges, but we have pulled together as a city region to meet them head on and map our route to economic recovery.

“Setting a clear timetable for my retirement next year means that we can put in place a smooth transition for appointing my successor to take the Combined Authority on the next phase of our journey as we work to build back better.

“I’d like to thank the Metro Mayor and the many people who have supported me over the last few years.”

The recruitment process to find the next Combined Authority Chief Executive will start later in autumn.