Liverpool City Council has given the go-ahead to a major highways scheme, which will transform a historic boulevard in the Toxteth, with the help of funding from the Combined Authority.

The council’s plans to upgrade Princes Avenue and Princes Road, features a unique cycle aiming to improve cycle connectivity between south Liverpool and the city centre.

A public consultation is ongoing to finalise plans for the scheme, with several improvements to the local area planned, including:

This scheme is part of Liverpool City Region’s Sustainable Transport Enhancement Package (STEP), with almost £2m funded by the Combined Authority’s Local Growth Fund and the remainder of the funding provided through the council’s £500m Better Roads programme.

The STEP programme is part of the Local Growth Fund (LGF), which is awarded to the Liverpool City Region Local Enterprise Partnership (LEP) and invested through the Combined Authority’s Strategic Investment Fund.

Social value benchmarks and targets have been included in the contract, committing the contactors to providing apprenticeships and training opportunities to the local labour market.

“I want to deliver a walking and cycling revolution across the Liverpool City Region.

“Over the next decade, we’re building a 600km network of new and upgraded walking and cycling routes to help make cycling a genuine option for getting around our region.

“Our planet faces a climate emergency. Projects like this, which help take cars off the road and encourage people to take more journeys by bike, are a key part of the tackling climate change.”

“This is a fantastic example of how our Better Roads programme is breathing new life into Liverpool’s communities. Once we’ve gone out to public consultation and completed the final elements of the scheme, I’ve no doubt this will have a real wow-factor. It is going to revive the most beautiful boulevard in the city and transform how the wider Toxteth community interact and use this reimagined space.

“The new cycle path within the central reservation will provide a unique experience for cyclists travelling to and from south of the city and the new open space created will provide a focal point at weekends for events and markets. The environmental improvements and artistic elements of the scheme make this a truly stand out project and one which befits the rich history and diversity of this vibrant community.” 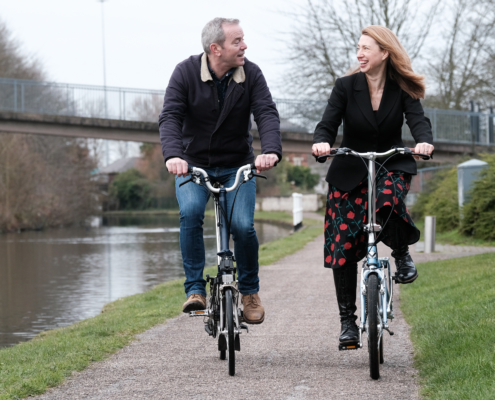