At a celebration showcase, young people taking part in the Generations for Change project revealed the results of the creative research they have been carrying out since Mayor Steve Rotheram launched the project in July.

Under the scheme, delivered in partnership with Curious Minds, a charity using creativity and culture to improve the lives of children and young people, six young people from Black, Asian and ethnic minority backgrounds have carried out creative research, each in one of the Liverpool City Region’s six districts.

The young people have focused on understanding young people’s lived experiences of discrimination and racism in the workplace, in accessing skills training and business support, as well as in the cultural sphere.  Their findings will help the Combined Authority to develop creative solutions.

Hosted by a cultural organisation that provided them with practical support, each young person has carried out independent research, gathering the voices and perspectives of young people within the area they are working in. Capoeira for All, Liverpool Arabic Arts Festival, Liverpool World Centre, Make CIC and Writing on the Wall were all involved in hosting at least one of the young researchers.

“I’m really proud to represent a place as diverse and passionate as the Liverpool City Region. That diversity is what helps make the region so special; it is something to be celebrated and encouraged.

“Last year, I launched a Race Equality Programme to address structural racism and inequalities and level the playing field for underrepresented groups in our region. But, as a middle-aged white man, I know that I’m not the best person to be identifying the solutions.

“We’ve been working with people from Black, Asian and ethnic minority backgrounds to identify the major barriers and inequalities that they face and developing lasting solutions to tackle them. Generations for Change is an important part of that: empowering young people in all parts of our region to help us build a fairer, more socially just city region.”

Featured at the celebration event were the young people who took part in Generations for Change, who presented their work: 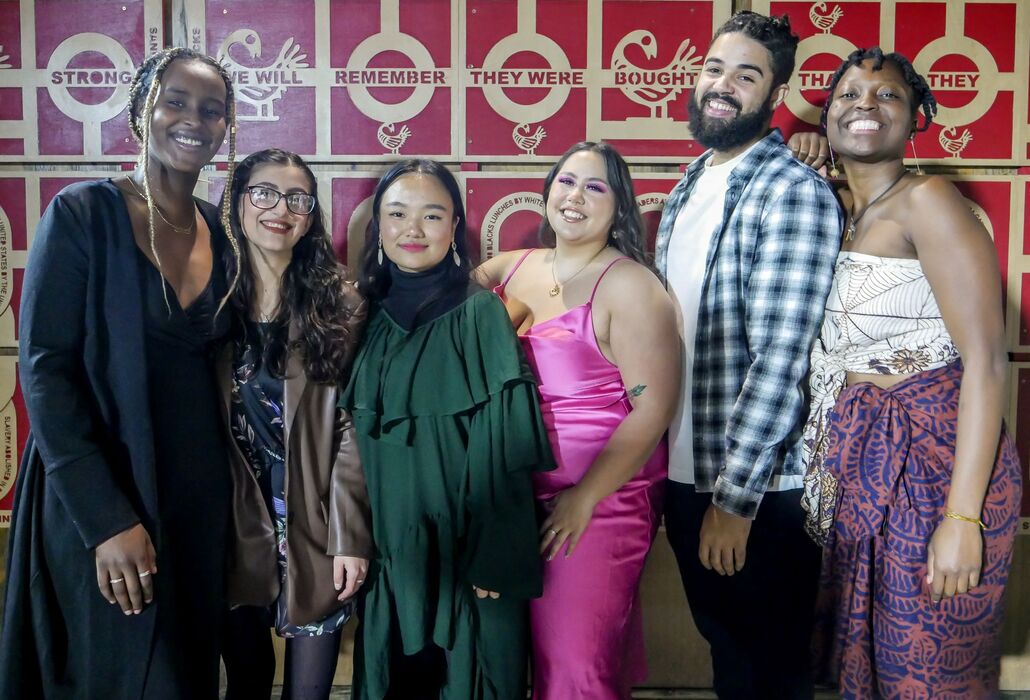 Fartun Abdulle is a Liverpool based writer who grew up in Sweden before moving to the UK twelve years ago. Based at Writing on the Wall, Fartun’s research into Sefton is presented in her piece Citizine, a zine inspired and created by young people from Sefton who have English as an Additional Language.

Nadia Anim is a storyteller and performer, also based at Writing on the Wall, who aims to normalise the experiences of people of colour outside the usual lens of trauma. Her EP Nose is her creative response to the research she conducted with Knowsley’s young diverse population.

Hilan Gully is a Merseyside mix media artist specialising in sculpture, film, sound and text, based at both Liverpool Arab Arts Festival and Liverpool World Centre. Her exhibition Voices explores issues around representation in the climate movement in Liverpool.

Ruvimbo Munodawafa was born in Zimbabwe but grew up in Liverpool. Based at Make CIC, Ruvimbo is a singer, writer, spoken word performer, dancer and actress who has created a multimedia series inspired by research conducted in the Wirral.

Josh Ramsden is a creative based in Liverpool who for the project was based at Capoeira for All.  His workshops with young diverse people in St Helens have inspired his multimedia installation A Conversation with St Helen’s: What is BAME?

Tegan Tukana is a singer, actor and recent LJMU Drama graduate specialising in musical theatre. Based at Liverpool World Centre, Tegan has created a documentary Through Her Eyes: Women of Colour in the Arts inspired by her research into Halton.

The Combined Authority has approved a Declaration of Intent setting out how it will address structural inequalities by encouraging and supporting organisations to prioritise race equality and address under-representation in the workforce.

“This is an exciting project delivered by our Black, Asian and ethnic minority young people that ensures their voices and experiences shape solutions to address inequality.  Generations for Change has taken a truly creative approach to listening to and expressing the views of young people across the city region and I’d like to commend all of the young researchers.”

“We have worked in partnership with the Combined Authority to deliver this really exciting project and the young people involved have produced some really powerful work.  I am looking forward to reflecting on their research to uncover vital learning about how we can change policy and practice to challenge systemic racism in the workplace. It’s vital that it has a direct impact on making the cultural and creative industries more accessible and inclusive.”