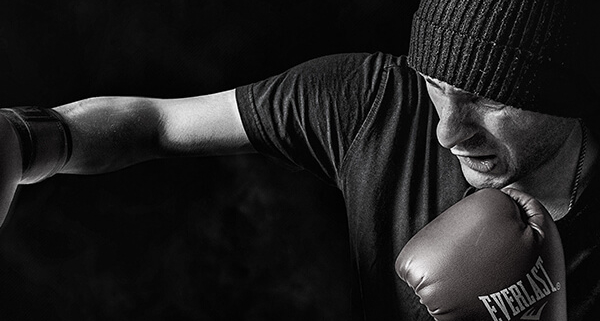 The exchange celebrates and strengthens cultural links between the Liverpool City Region and Louisville, Kentucky, exemplified by the iconic photograph of The Beatles meeting Muhammad Ali on 18 February 1964.

In the first part of the exchange, Carly Johnson, an up and coming singer from Louisville, travelled to the Liverpool City Region to play gigs at the legendary Cavern Club and the influential Liverpool Sound City festival.

Now, the young boxers, aged between 15 and 17, will travel to Louisville to train at the TKO gym and visit the Muhammad Ali Centre, whose mission is to preserve and share the legacy and ideals of Muhammad Ali, to promote respect, hope, and understanding, and to inspire adults and children everywhere to be as great as they can be.

“In The Beatles and Muhammad Ali, Liverpool City Region and Louisville produced two of the biggest cultural icons of the 20th century. More than half a century on from the famous photo that brought these icons together, we are determined to build on those links to create a strong cultural and sporting partnership that will bring our two regions together, paving the way for future cultural and commercial collaborations.”

“This exchange builds on the Transatlantic connection that Louisville and Liverpool established through the meeting of world-changing artists and a barrier-breaking athlete. The Champ and the Fab Four were committed to making the world a better, more compassionate place — a common bond that’s always worth celebrating.”

The young boxers have been brought together by the Amateur Boxing Association, which will also provide two coaches to lead the Liverpool City Region team.

“This is a once-in-a-lifetime opportunity for these talented young boxers as they represent the Liverpool City Region. They are really excited at the prospect of training in Ali’s home town and visiting the Muhammad Ali Centre, as well as going into local schools to meet young people from Louisville. In addition to the benefits to the individual young people, this sort of exchange will also help to build bonds between our two areas.”

END_OF_DOCUMENT_TOKEN_TO_BE_REPLACED

New report finds over 500,000 home owners in the North West are living in poor...
Scroll to top
Contact us
×
Media enquiries
×