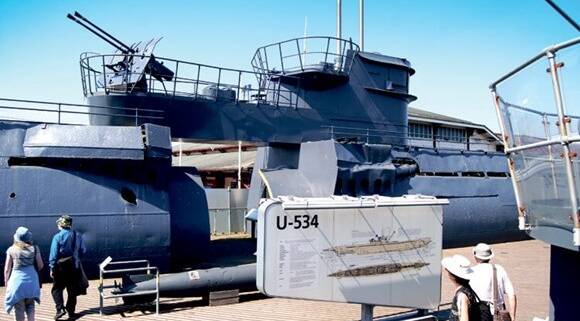 The regeneration of the Woodside area of Birkenhead has taken another step forward today with Metro Mayor Steve Rotheram announcing the expected appointment of designers for an all new Mersey Ferries landing stage as well as an exciting future for the popular U-Boat Story attraction.

The Liverpool City Region Combined Authority will be appointing designers to complete initial plans for a new landing stage at Woodside ferry terminal. The new design will replace the existing stage which is reaching the end of its operational life. 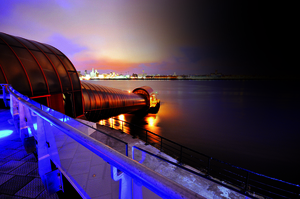 Subject to funding being secured, the new landing stage will help maintain cross-river services running from Woodside as part of the long-term vision for the Mersey Ferries.

The Combined Authority is also partnering with Big Heritage to refresh the historic Woodside based U-Boat attraction. As the operators of the award-winning Western Approaches HQ museum in Liverpool, which brings to life the crucial Battle of the Atlantic, the organisation are the ideal partners for the new arrangement.

“Our region is an international destination of choice, attracting millions of visitors from around the world to sample our unique blend of sport, music, culture, heritage, history and hospitality.

“The Western Approaches has grown into a fantastic attraction in Liverpool city centre over the past few years, and their experience could help turn the U-Boat story into a similarly popular attraction over on the Wirral. I’m sure the investments we’re making in Woodside will help contribute to the wider renaissance that we’re seeing in Birkenhead.”

The move will link two of the best historic visitor attractions in the Liverpool City Region as well as helping to highlight the important role played by the region and its residents during the Second World War.

“We are incredibly excited to become the new custodians of U-534. We hope to enhance the visitor experience in the same way we have at Western Approaches and can now contextualise the impact of U-Boat warfare alongside the achievements of those who nullified their threat. From the genius of the Wrens of Western Approaches to the superhuman efforts of the shipbuilders at Cammell Laird – we will ensure their stories are told.

We see this as the first stage in creating a new cross-river heritage experience of international significance, and we are proud to be working alongside Mersey Ferries to regenerate this historic part of Birkenhead.”