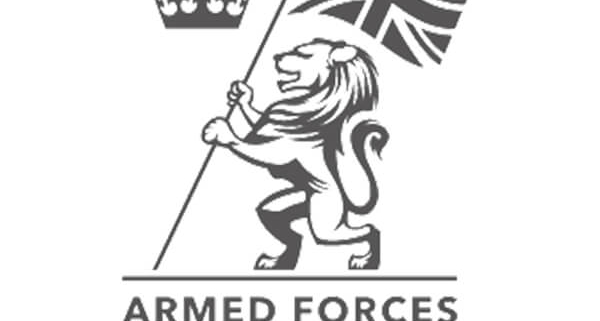 Steve Rotheram last night formally signed the Liverpool City Region Armed Forces Community Covenant at an event hosted by the reserves unit, 238 Squadron, 156 Transport Regiment, Royal Logistics Corps in Bootle. The signing ceremony at the Pelham Drive base of 238 Squadron was attended by representatives from the three military services, armed forces voluntary organisations, the local councils, and reservist soldiers from the unit.

On signing the covenant, the Metro Mayor said:

“The Liverpool City Region has long been an important source of recruitment for the armed forces, so this is an issue that touches many families and reaches deep into every community. Therefore, I wasn’t signing the covenant solely as Metro Mayor or just on behalf of the Liverpool City Region Combined Authority, but on behalf of each and every one of the 1.5 million people I am elected to represent.

“The support for the Armed Forces Community Covenant locally reflects the strong armed forces tradition here. That’s why Liverpool hosted this year’s national Armed Forces Day and why our annual Remembrance Service is the largest outside London.”

“Only last week we remembered the heroism of Noel Chavasse during the First World War whilst serving with the King’s (Liverpool Regiment) –  one of only three people to be awarded a Victoria Cross twice. Then there is the largely unsung but vital role the city region played in defeating Hitler’s U-boats and winning the Battle of the Atlantic during the Second World War. This extraordinary record of commitment and sacrifice has continued through to modern conflicts, particularly in Iraq and Afghanistan.”

The event marked the fulfilment of a key manifesto pledge by the Metro Mayor, and 156 Regiment Commanding Officer Lieutenant Colonel Tim Gould congratulated him at the event for being “a man of his word”.

The version of the covenant agreed for the Liverpool City Region provides for an Armed Forces Champion to be appointed on a city region basis, and for the publication of an annual stocktake of work on the covenant, drawing together what has been and will be done to support former and serving members of the armed forces, and their families.

END_OF_DOCUMENT_TOKEN_TO_BE_REPLACED

Steve Rotheram visits the University of Liverpool for a tour of two flagship...