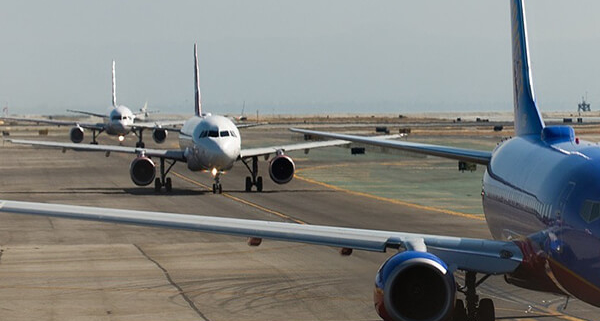 Metro Mayor for the Liverpool City Region, Steve Rotheram has today offered support for the proposed third runway at Heathrow to enable Merseyside and Halton to become globally connected.

Speaking to key stakeholders and business leaders at Peel Land and Property Marketing Suite, the Labour politician made clear that his administration is fully behind plans for the Heathrow expansion as long as there is a guarantee for a direct link from Liverpool to Heathrow, which was outlined in the Government’s Airports National Policy Statement.

The Metro Mayor, who says an aviation link from Liverpool John Lennon Airport to Heathrow will deliver “better economic growth” and “ease congestion”, believes the airport expansion will be a growth engine for the whole of the UK and the Liverpool City Region could stand to benefit.

The Secretary of State for Transport, Chris Grayling, has stated that the Government expects Heathrow to add 6 more domestic routes across the UK by 2030 including a link with Liverpool, bringing the total to 14, strengthening existing links to nations and regions, and also developing new connections.

In his speech this morning, Steve Rotheram told guests:

“Congestion and limited capacity at Heathrow is not only stifling the economic growth of London and the South East, it is impacting on every region and City Region. Capacity constraints and limited slot availability have made it increasingly difficult for regional airports to secure services to Heathrow and achieve global connectivity.

“The value of a direct link to Heathrow is not about reducing journey times to London, it is about making our City Region globally connected. It is about a massive potential boost to what is already one of the UK’s top 5 visitor destinations. It is a necessity for our City Region and it is underpinned by solid business logic.

“Clearly, our most important task is to secure the additional capacity and space we need for domestic routes. It is for that reason that the Liverpool City Region has given its support to Heathrow Airport, and recognises it as the best option for the UK.

“It’s an opportunity that we must grasp for the entire nation, and above all for our own City Region.”

Speaking about his support for a third runway, he added:

“The Liverpool City Region needs and deserves access to global connectivity to better meet our individual needs. I am supporting this initiative on the basis that Liverpool gets a direct link into what will be the UK’s first hub airport. A slot for Liverpool would provide our area with the opportunity of stimulating economic growth through a boost in visitor numbers as well as ease congestion on our railways and roads.

“Given that there are capacity constraints in London and the South East, a direct link into Heathrow will also give the City Region the chance to establish itself on the world stage. As long as the relevant stakeholders deliver on their commitments, my administration is fully behind the plans.”