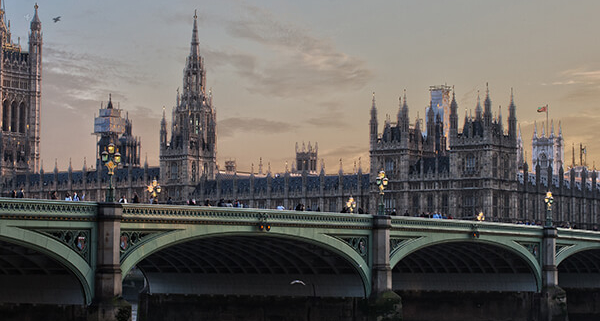 Steve Rotheram joins fellow regional mayors to call on government for further investment and devolution for their city regions.

Steve Rotheram, Metro Mayor for the Liverpool City Region joined his fellow English Metro Mayors at a meeting in Birmingham to call on government for further investment and devolution for their city regions. The summit is hosted by Andy Street, Mayor of the West Midlands, the University of Birmingham and the Local Government Association.

Five mayors, have co-signed a letter to the Prime Minister Theresa May, calling on the government to review the way in which funding for new housing is allocated to city regions. The letter highlights the specific needs of their regions, such as the need to regenerate brownfields sites and improve the viability of developments where land values are lower than in London and the South East.

Conservative and Labour mayors call on the government to review the funding formulae that are used to allocate housing investment, to ensure that city-regions outside London and the South East do not lose out on vital funding. The letter argues that investment in housing supply, and skills and innovation in the construction industry, will accelerate economic growth and the re-balancing of the UK economy.

This intervention comes at a crucial time for many of the city-regions, as they are negotiating “Housing Deals” with the government, where regions commit to building more homes in return for infrastructure and housing funding. Since their election on 4 May 2017, the Metro Mayors have met a number of times to lobby the government to support their city-regions.

“Ensuring that we can build the houses we need in the right places is a key element in ensuring that we can drive economic development and prosperity for all of the communities in the Liverpool City Region.  It is vitally important that central government give us the tools we need to make that happen which is why I am happy to come together with other metro mayors to ask for a review of how funding for new housing is allocated.”

You can read the letter from the Metro Mayors to the Prime Minister in full below:

As Metro Mayors, we met on 20 February 2018 in Birmingham to discuss our shared ambitions on housing and growth, and we call for your support and the Government’s investment to accelerate our plans to provide more homes in our regions.

Housing is a UK-wide challenge

Housing supply is a challenge for all of our regions, and as we see new jobs and growth in the years ahead, these pressures will only get worse. We need investment in infrastructure and public services to unlock housing developments, and investment to regenerate brownfield sites which have been unused for years. We need to work together to increase supply and quality across all types of tenure, including homes for social rent.

We as Metro Mayors stand ready to deliver ambitious plans to build more homes, improve the quality of homes and make homes more affordable. We commit to:

These plans will not just provide homes for our citizens, but will also deliver jobs for them and unlock productivity growth for the UK as a whole. As we seek to re-balance the UK economy, investment in housing is critical to a successful Industrial Strategy. We must take action together.

Government investment must support the whole of Britain

As the government invests in housing through the Housing Infrastructure Fund, Housing Deals, and Homes England investment, a new approach is needed. The way that government allocates housing funding relies heavily on land values, which puts some of our regions at a disadvantage. We should not lose out because our house prices are not as high as in London and the South East.

In the Marginal Viability funding round of the Housing Infrastructure Fund, announced this month, many brownfield developments in our regions lost out to areas where the land values are higher and the cost of development is lower, due to the funding formula used to assess the bids.

We call on you to review the criteria and weighting used for all government housing investment decisions, so that our city regions receive the investment that we need to provide housing and economic growth. We seek to work with government to accelerate brownfield development, and we need your support to ensure that funding supports our shared objectives.

We look forward to working constructively with you and your Government to deliver a new housing agenda for our regions.

Tim Bowles, Mayor of the West of England

END_OF_DOCUMENT_TOKEN_TO_BE_REPLACED

£3m boost for clean buses in the Liverpool City Region