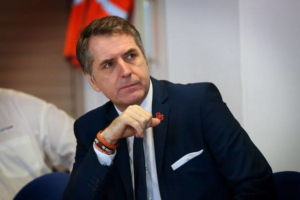 Steve Rotheram, Metro Mayor of the Liverpool City Region, said: “As a lifelong red to say I was disappointed by the actions of a minority of people last night would be an understatement.

“The vast, vast majority of supporters followed the advice of the police, the club, the council, myself and others, to celebrate safely and at home. They deserve our praise and thanks for doing so.

“Unfortunately, a small minority of people did not listen to these pleas and instead chose to gather in public. In some cases, people behaved in a way that would be unacceptable even if we were not still grappling with a global pandemic. Criminal activity is criminal activity whether it is under the guise of celebration or not.

“Their actions have risked shining a negative light onto a title win that should have been seen as a positive for the club and for our city region. They have given some elements of the media, who as we have seen in the past, need little incentive to criticise us, to do so again.

“I’ve spoken with the Chief Constable and I fully support the police in issuing a Section 34 Dispersal Order. I will continue to work closely with them, Liverpool Council and the football club to ensure that as far as possible we do not see a repeat of last night’s events.

“Coronavirus still presents a real and present danger. Whilst government has eased some lockdown measure this does not mean that the threat has passed.

“It is important that we all continue to think about the safety of others, as well as ourselves in such times. No one should be ignoring the very clear advice we have been giving locally to maintain social distancing; limit social contact where possible, wear face coverings and not to gather in large crowds.

“As the club, the manager and the players have requested I would again urge everyone to wait until it is safe to do so and we can all come together to celebrate this amazing title victory.”