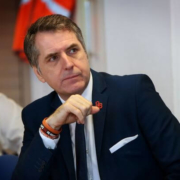 Many local transport services are likely to become unsustainable in their current form due to the impact of the coronavirus lockdown, the Mayor of the Liverpool City Region has said.

Across Merseyside alone, income from passenger fares has dropped by as much as 90% during lockdown, while local rail and bus capacity is at around 20% of pre-crisis levels because of social distancing measures.

In-addition, the initial response to Coronavirus is likely to have cost the Liverpool City Region Combined Authority £17m to August plus another £10m losses likely by the end of the year.

The Metro Mayor warned that, as a result, without significant flexible, long-term funding from central government, local transport authorities would be forced to make damaging austerity cuts that risk constraining the economic recovery.

He also said that government bailouts which go direct to bus and rail companies were a ‘bad deal for taxpayers’, as they gave little incentive for companies operating across transport modes to integrate services. Instead the money should go directly to mayors and transport authorities, who could ensure that the services were put on that best served the public.

Currently, the region’s rail network remains the only local network yet to receive any kind of support funding from Government with the Combined Authority still in dialogue with the DfT.

Mayor Rotheram used his appearance before the Committee to set out his region’s requests:

“I want to build a truly integrated transport network in the Liverpool City Region, one that is affordable, reliable and simple. Devolution gives us the chance to change our transport system for the better by giving local people more control over the way their transport network is run.

“The Coronavirus has obviously disrupted our plans, but I am trying to work with Government in a way that will help our region through this crisis and enable us to build the world-class transport network we deserve.

“I have been doing everything within my power to protect people’s safety while keeping the region moving but this crisis has exposed the problems with the way our country does public transport.

“The status quo is unsustainable for local transport. Without significant support from central government, many authorities will be forced to make cuts which will seriously damage our economic recovery.”

END_OF_DOCUMENT_TOKEN_TO_BE_REPLACED

Could you be part of Liverpool City Region’s Fairness and Social Justice Advisory...
Scroll to top
Contact us
×
Media enquiries
×