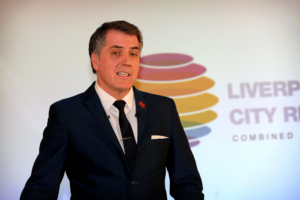 “It’s good to see the Government recognising the vital work of local authorities in responding to COVID-19 and the financial impact this has had.

“But, while the extra funding announced today is welcome, it looks like it is nowhere near enough to cover the actual costs our area has incurred. We will be able to make a full judgement when we have the detail, but this appears to be guaranteeing that councils will not recover at least a quarter of their lost revenues.

“The government promised it would provide councils with ‘whatever it takes’ but if this is supposed to be the comprehensive funding package which we have been promised, then it falls far short of what we need. I’m hoping that it is just another instalment, and if so, the Government needs to make that clear.

“Our six local authorities in the Liverpool City Region have responded magnificently to the challenge of Coronavirus but they can’t be expected to carry on living “hand to mouth”. As we laid out directly to the Prime Minster in our “Case for the City Region” report at the end of May, COVID-19 has cost our local authorities £341 million in six months in extra expenditure and lost revenue. As yet, we have received no response.

“We’ll also need to understand the funding formula that the Government has used. It is vital that allocations are based on the actual level of need for each authority, rather than just population numbers, and that is particularly important for us in the Liverpool City Region, as we have been hit harder by COVID-19 than many other areas.”