The renaming of a Mersey Ferry Terminal after beloved icon Gerry Marsden is to be finalised this month following public support for the proposal. 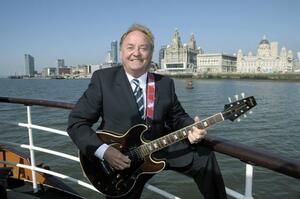 The new name – The Liverpool Gerry Marsden Ferry Terminal – would commemorate the historic link between the music icon and the Mersey Ferries and has been developed in discussion with Gerry’s family.

More than 1,000 responses were received as part of a recent public consultation, with more than two thirds in favour of the proposal. Once approved, the new name will be commemorated in a re-naming ceremony later this year.

Gerry, who sadly passed away in January last year, was the frontman for sixties beat group Gerry and the Pacemakers.

He will be forever associated with the Mersey Ferries through the classic song ‘Ferry Cross The Mersey’, a famous anthem released in 1964, and the musical film released the following year.

The world-renowned song is still played on Mersey Ferry River Explorer Cruises every day, celebrating the historic link between Gerry and the ferries which has endured for more than 50 years.

Gerry was also given the honorary Freedom of the Ferries award in 1985 in recognition of this special connection.

The Liverpool City Region Combined Authority Transport Committee will be asked to endorse the re-naming at its meeting on Thursday 13 January.

“Gerry was a truly iconic figure whose music helped put our region on the cultural map. His words have forever immortalised our famous Mersey Ferry in the minds of so many around the world.

“I can think of no more fitting celebration of his life and impact than naming our Pier Head ferry terminal after the great man and I’m very pleased that people across our city region agree.

“We look forward to welcoming local people and visitors from across the globe to Gerry Marsden Ferry Terminal where his name – like his music – will live on for generations.”

“Dad would be honoured and humbled at the suggestion of renaming the ferry terminal after him. The public response has been overwhelmingly positive, and our family are very grateful for the kindness and support we have received from the people of the Liverpool City Region.”