Northern leaders meeting today in Sheffield for the Transport for the North (TfN) inaugural conference have demanded that the leaders of the main political parties at Westminster adopt a £70 billion investment plan for the north.

Speaking at TfN’s inaugural conference in Sheffield today, Steve joined fellow senior Labour party figures, Andy Burnham and Judith Blake, who represent major communities that make up the 15 million people who live in the north of England, to demand that the north of England is not forgotten during the Brexit crisis at Westminster.

The Strategic Transport Plan that was agreed by northern leaders at a meeting on Thursday last week is set to be launched today in Sheffield. The proposals set out a £70 billion investment programme over the next 30 years for the north of England that could unlock £100 billion in economic growth and create 1 million jobs in the north.

The plan makes the case to increase spending on strategic transport by around £50 per person in the North each year to 2050. It includes flagship programmes such as Northern Powerhouse Rail; upgraded and new major roads; enhancements to the existing rail network; and the continued roll out of smart ticketing.

“For too long power and opportunity have been concentrated in the South at the expense of the North and there is a real danger that this is further enhanced by Brexit.

Westminster elites and Whitehall mandarins need to stop looking at Brexit from a London-centric standpoint. Otherwise they will further splinter our country. “Adopting these investment proposals in full would be a good first step, but they should be just the

start of a wider offer that also involves further devolution of real power for our communities across the north ensuring no one feels they have been ignored or held back.”

“The north, up until now has been largely shut out of the major Brexit decisions. This is something that has gone on for far too long in this country on a range matters besides Brexit, and it is one of the reasons many people voted the way they did in 2016.

“It simply cannot be allowed to go on any longer. One small way for politicians at Westminster to show that it won’t be business as usual, would be for them to take these plans forward in full.”

“The past two years have seen the Brexit negotiations being conducted in Westminster with little or no consideration for people living in the north. “The first step should be to adopt these modest proposals as a show of goodwill by Westminster leaders that northern communities will not continue to be overlooked during the Brexit process, as has sadly been the case so far.” 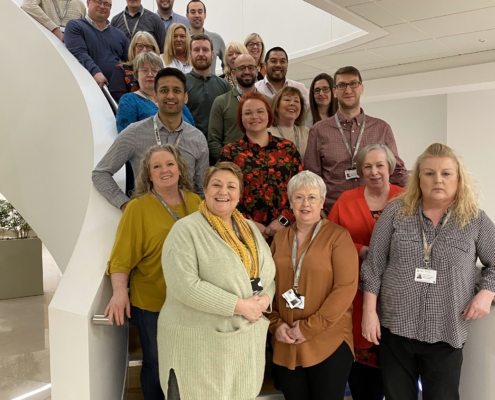