Passengers are now benefiting from a new lift at Birkenhead Park rail station, on Merseyrail’s Wirral line, which provides a step free route from the street to the platforms.

An audio narration version of the YouTube video can also be found via this link: https://www.youtube.com/watch?v=yCGHdIDAvaw

With its official opening held on 26 August, the 16-capacity lift makes it easier to reach the platforms for wheelchair users, people with mobility needs, heavy luggage or those with children in buggies. 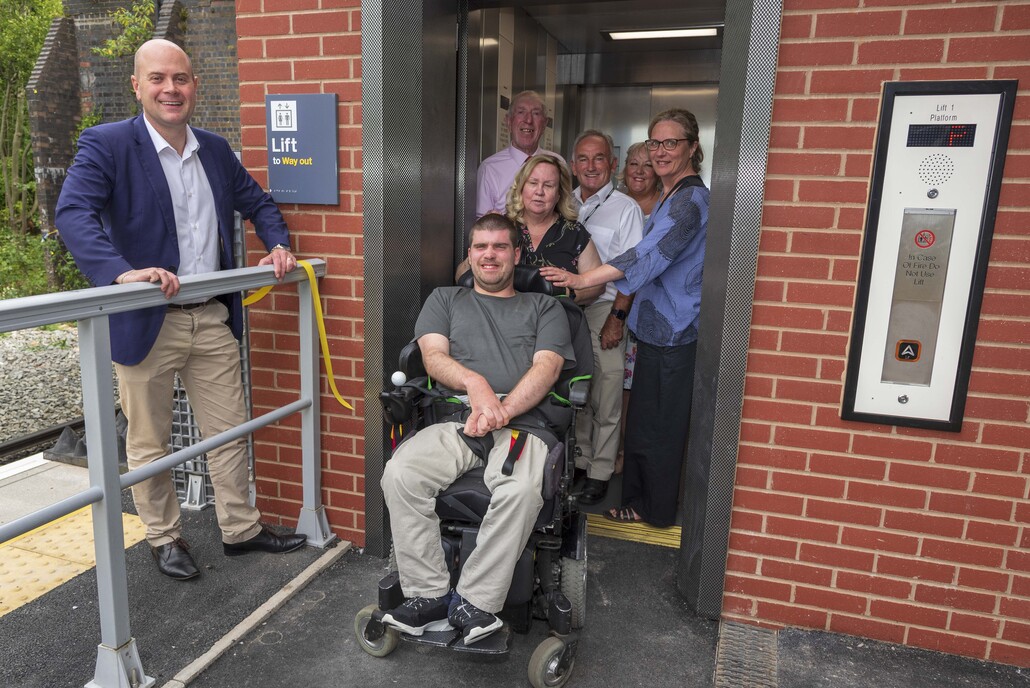 Completion of the works brings the total number of step free stations in the Liverpool City Region to 58, out of a total of 83.

It’s been made possible through funding from the Department for Transport’s (DfT) Access for All programme and the Liverpool City Region Combined Authority’s Transforming Cities Fund, as part of a wider vision to make the local rail network the most accessible in the country.

As part of this round of investment, Merseyrail passengers can also look forward to greater accessibility as new lifts will be up and running at Hillside, Hunts Cross and St Michael’s stations during the next few months, while Northern passengers will benefit when Broadgreen has a new lift installed next year.

There are also plans for a second lift at Liverpool Central next year.

The upgrades align to the Metro Mayor’s wider vision of building a London-style transport system for the region that is quick, simple, affordable, and accessible to all.

The Mahoney family have long campaigned for a lift at Birkenhead Park. Access issues at the station have meant that they have had to walk further to other stations to get son John, who is in a wheelchair, down to the platform.

Improving accessibility at stations will also complement the introduction of the city region’s new, state-of-the-art trains with pioneering sliding step technology, which are due to be phased into service from later this year.

“This new lift will have a tremendously positive impact. We have been campaigning for this since we fostered John at the age of three – and he’s 30 years old this year.

“We are living right at the back of the station and John loves going to Liverpool to the theatre. We did struggle down the stairs for a few years – but it’s become too much, and we have been walking down to the next station instead.

“Having a station we can use on our doorstep makes such a big difference – not only for us but for all the people who want to access the park. It’s great for everybody.” 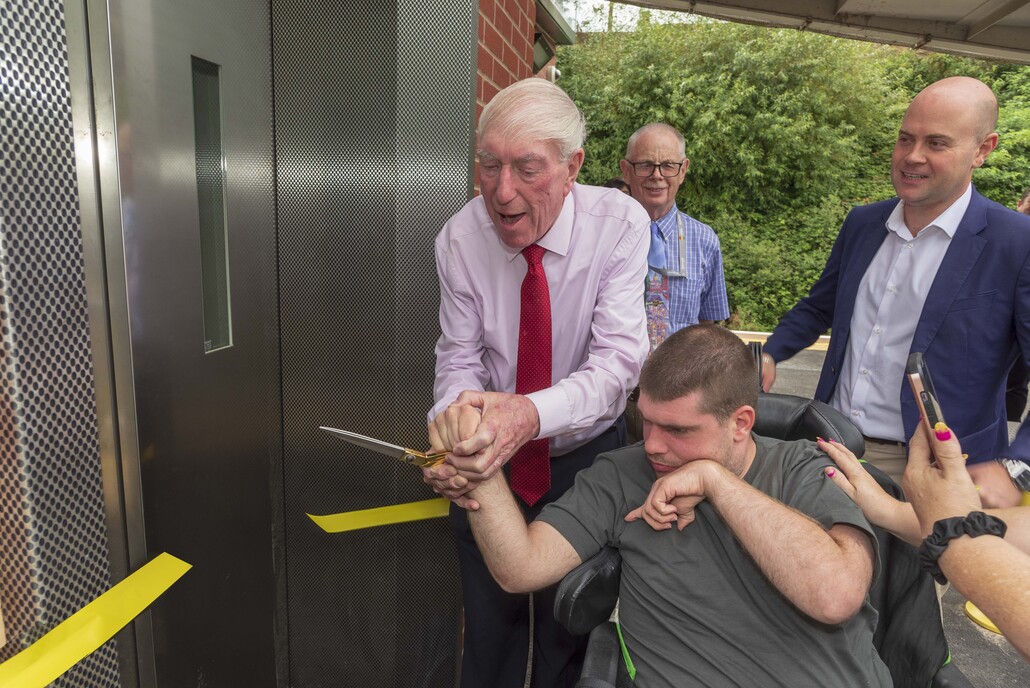 “Removing barriers to public transport are key in terms of us supporting independent travel. We want a rail network that works for everyone, and the new lift means that more people now have access to the rail network, making a huge difference to their daily lives.

“As this round of upgrades completes over the next few months, we’re working on developing proposals for the next set of stations that would benefit from similar investment as we continue to strive to have the most accessible rail network in the country.”

“We are delighted to see the new lift at Birkenhead Park station open. This represents the latest part of our commitment to make Merseyrail the most accessible rail network in the UK.

“We know the benefit a lift at our stations brings to the communities we serve, allowing not just wheelchair users to travel independently, but also those customers who have mobility issue and those travelling with small children or luggage.

“This further improvement is the first of a number of new lifts which will open on our network between now and Christmas, complementing perfectly the roll out of our fully accessible fleet of new trains which will also begin to be rolled out later this year.”