Steve and other city and regional leaders, including Sadiq Khan and Andy Burnham, were there to call for central government to take more action, including an urgently needed vehicle upgrade, or scrappage, scheme.

Toxic air leads to around 40,000 premature deaths every year, and increases the risk of asthma, cancer and dementia – as well as costing the economy more than £20 billion annually.  More deprived areas suffer disproportionately from the effects of polluted air.

Attendees at the National Clean Air Summit, organised in partnership with UK100 and Unicef UK, discussed their concerns directly with the Environment Secretary, Michael Gove, and the Health Secretary, Matthew Hancock.

The summit’s aim was to influence the government’s new Environment Bill, and in addition to the scrappage scheme, the joint asks from city leaders included calls for the adoption of World Health Organisation’s recommended air pollution limits, and to give local authorities the powers and resources to create zero-emission transport networks. 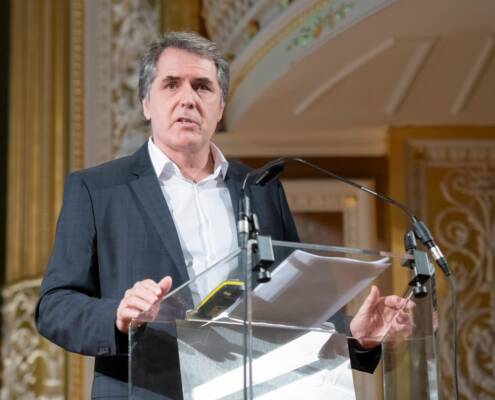