Metro Mayor Steve Rotheram has spoken of the “once-in-a-lifetime opportunity” as he revealed his roadmap for delivering his vision of a stronger, fairer, cleaner Liverpool City Region – with no one left behind.

In his manifesto for May’s election, Mayor Rotheram promised to create a London-style Integrated Transport System, that makes getting about the region quick, cheap and reliable.

He also pledged to deliver a £150m Covid Recovery Fund, a guaranteed job, apprenticeship or training opportunity for young people and to position the region as leaders of the Green Industrial Revolution.

The Combined Authority’s 62-page Corporate Plan details how the Mayor’s manifesto will be brought to life for the City Region’s 1.6 million residents, with success judged by ‘health, happiness and wellbeing rather than just GDP’.

Under five headings of a fairer, stronger, cleaner, connected and vibrant city region, the plan sets out 62 activities for the next three years.

It emphasises collaboration with the City Region’s six local authorities and details what success will look like by 2024.

It also sets ambitions for the City Region in 10 years’ time and proposes a new long-term Plan for Prosperity.

All activity will be underpinned by combatting the region’s ‘three most pressing challenges’: recovering from the pandemic, tackling the stark inequalities exposed, and in some cases widened, by the pandemic and addressing the climate emergency. 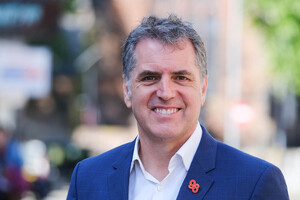 “I am enormously proud to have been re-elected as Metro Mayor of the best place in the world. After a really difficult year, we have an enormous task ahead of us in rebuilding and reshaping our economy.

“Working with the leaders of our local councils, we have a once-in-a-lifetime opportunity to be the authors of the next chapter in our region’s long and storied history.

“We have made enormous progress since I was first elected, investing more than hundreds of millions of pounds in every part of our region to create more than 9,000 jobs, 5,500 apprenticeships and more than 15,000 homes. We have taken power away from Westminster and funding out of Whitehall – and used them to chart our own course, with local people taking decisions in the best interests of our communities.

“If my first term was about building the machinery to deliver, then is about making sure that it fires on all cylinders, rapidly increasing the speed and scale of delivery.

“This plan is the roadmap for a greener, stronger and more equal future for our region, with better public transport, more opportunities for local people and real action to tackle climate change. Working together we’ll build a region with no one left behind.” 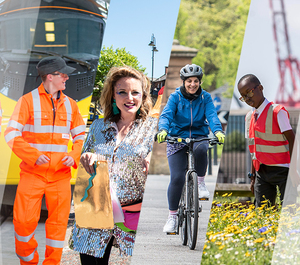 It also reveals how the City Region will seek to build on its national and international fame to secure investment and tourism, while boosting its reputation as a world leader in material science, infectious disease control, and high-performance computing.

The document details how public transport will be ‘reformed, fully integrated, and provide a genuine alternative to the car’. In the next three years, a fleet of 53 new trains will have been delivered along with a 212km ultrafast digital network for business and progress will have been made towards bus reform, transport devolution and public ownership.

Major green projects include a fleet of hydrogen buses, delivering energy efficient housing and public buildings, heat networks and progressing Mersey Tidal Power – as the City Region positions itself as leaders of the Green Industrial Revolution, with the potential to become the UK’s ‘Renewable Energy Coast’.

A £150m Covid Recovery Fund and Community Wealth Building – including proposals for a Community Bank – are at the centre of plans to build a different economy that will benefit and strengthen local communities while creating quality jobs.

A Young Person’s Guarantee to support under-25s into work, training or an apprenticeship heads the list of plans to build a fairer city region.

Finally, the Corporate Plan details how the Combined Authority will make the City Region a great place to live, visit and work. Recognising the Liverpool City Region’s status as a diverse, welcoming and culturally vibrant place, with an internationally recognised brand, the document sets out plans for thousands of new homes, regeneration of previously developed land, investment in culture and attracting tourists.

But the plan, signed by the Metro Mayor, the leaders and Mayor of the City Region’s six local authorities, highlights the need for ‘a genuinely fair distribution of government funding to local areas’ as ‘national funding is becoming increasingly competitive and fragmented’.