The event will celebrate the region’s history and kickstart debates around contemporary issues, such as the revitalisation of high streets and the future of family homes.

“This is a great opportunity to celebrate our world-renowned architectural heritage but also, more importantly, to focus on what comes next.

“The buildings where we live, work and socialise every day are vitally important to our lives and I want to improve the quality and attractiveness of our neighbourhoods. In 2018, I appointed Paul Monaghan, a local lad who has become one of the country’s leading architects, as our first Design Champion.

“This festival will help stimulate the debate around what ‘good’ design is and how we can best use our public spaces. We can’t build back better unless we also start to build better too.”

The Liverpool Architecture Festival will be launched on 4 October by newly-elected President of the Royal Institute of British Architects (RIBA), Simon Allford, whose practice, Allford Hall Monaghan Morris, was behind the recently-opened Bereavement Centre at Alder Hey Hospital.

It brings together, for the first time, practitioners and local authorities as part of long-term plans to develop a unified and cohesive regional voice around the built environment. 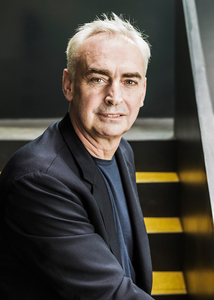 “Three years ago, Metro Mayor Steve Rotheram appointed me as the Liverpool City Region Design Champion because he recognised that the bar for design needed to be raised for new developments. I was brought up in Liverpool and have been lucky enough to design several buildings there including the Alder Centre for the children’s hospital and the refurbishment of the Royal Court Theatre. My experiences are that the city welcomes good design.

“Liverpool also has a thriving young architectural scene which I have been keen to promote. They need more opportunities but make the most of their commissions. I’m proud to be associated with this, the first Liverpool Architecture Festival, which I believe will become an important annual fixture complimenting the successful Art Biennale.  I can’t wait to come home and get involved in the Festival myself.”

A comprehensive two-week programme will present a series of lectures, workshops, walking and building tours, open studios, design competitions and a symposium on the potential listed buildings of the future.

Walking tours will highlight the work of celebrated architects, such as Herbert Rowse, famous for designing prominent buildings including Hope Street’s Philharmonic Hall as well as the India Buildings and Martins Bank, on Water Street.

Modernist architecture, ranging from the University of Liverpool campus to the historic business district, will be celebrated with tours hosted by Dominic Wilkinson, of the Modernist Society.

Building tours by the Liverpool Architecture Society will see architects present their work to other architects, exchanging ideas and sparking debate. 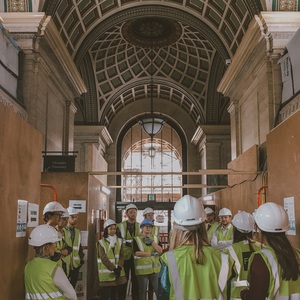 The Future Listings event will see six presenters, including conservation officers and private practitioners, make the case for adding a currently unlisted building to the protected register.

As part of the city region’s spatial development strategy, a competition has been launched to design a Post-Covid Town House with a first prize of £4,000 and £1,000 to the runner up.

Architects will present design ideas associated with reimagining The High Street to a judging panel of local planners, urban designers and conservation officers as part of the Design Charette.

The festival will come to a close with architecture studios opening their doors, allowing for a behind the curtain look into how practices undertake their work.

“The LAF is a great opportunity for Liverpool architects to come out swinging post-covid. We recognise that Liverpool has received some negative architecture and construction press recently, and the festival is an excellent opportunity for us to come together and highlight the existing design talent that we have in the city region.

“The inaugural festival is focussed. Through a mixture of free to attend lectures, workshops, charrettes, tours, and presentations we will build an architectural community. Architects presenting to architects will allow for the sharing of information, and experiences, resulting in a higher level of discourse, and ultimately a better quality built environment for the Liverpool City Region.”