European experts heard how the Liverpool City Region’s innovative Housing First programme supported a young woman to get a property and start college after years of homelessness.

Housing First Europe Hub Programme Coordinator Juha Kahila, from Finland, and Kjell Larsson, the President of FEANTSA (European Federation of National Organisations working with the homeless), from Sweden, were among speakers and delegates welcomed by Mayor Steve Rotheram to the Combined Authority conference in Liverpool. 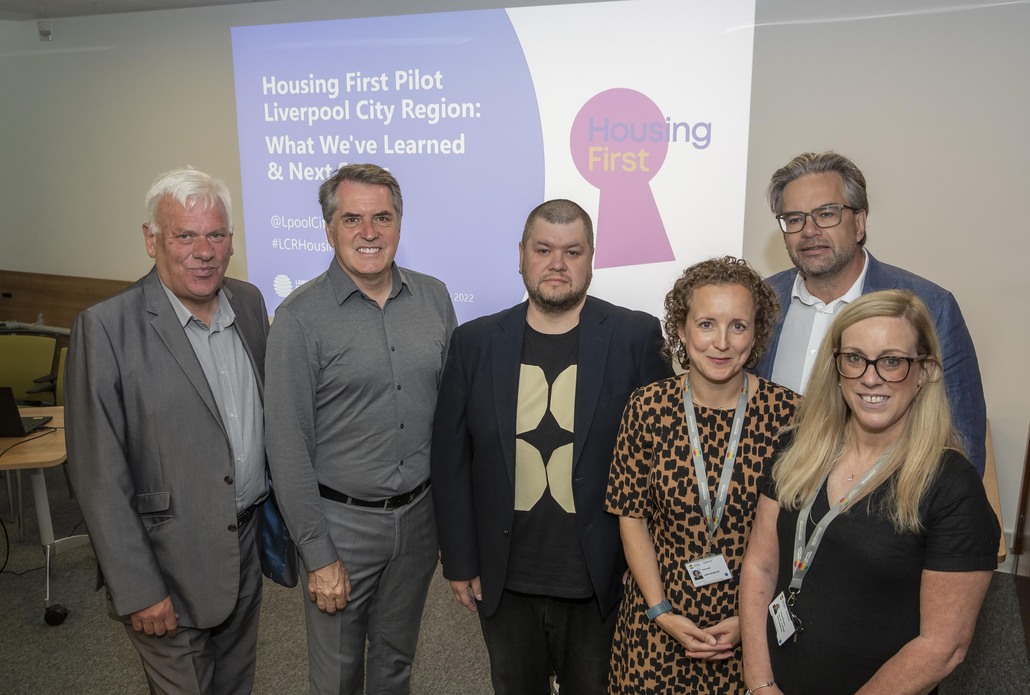 They told the conference how Housing First had virtually eliminated homelessness in Finland and provided ideas for how the City Region could develop its own Housing First programme.

The conference, attended by local authorities, housing associations and charities, also considered what Liverpool City Region had learned from its pilot scheme so far, key messages from recent evaluations, and how the scheme could be developed together in the future.

“The measure of any decent society is in the way that it treats its most vulnerable citizens. The last 12 years have seen an alarming rise in people forced into homelessness as a result of government austerity stripping away many of the safety nets that people relied on.

“One of my first acts as Mayor of the city region was to fight for the funding to run a Housing First pilot locally. I have long been a champion of Housing First because of its potential to completely transform people’s lives.

“In just a few short years, we’ve shown why: so far we have supported more than 200 people out of homelessness – 90% of them getting their first secure tenancy of their lives. It’s making a massive difference and it’s vital that we celebrate our successes, but we still want to do better.

“It was fantastic to play host to this conference to showcase the work going on across the Liverpool City Region. Just as importantly, it was great to hear experiences from colleagues across the world to help us improve and refine our own work.”

Housing First differs from traditional homeless support in that it provides a home as the first response for people with multiple and complex needs. It then provides individualised support to deal with issues such as addiction, mental and physical health issues and the effects of trauma and abuse.

Councillor Graham Morgan, Portfolio Holder for Housing and Spatial Framework, was also at the conference, said:

“We are committed to ending homelessness for good across the city region and by working together we can achieve that. It was a privilege to hear how the Housing First programme has supported one of our Knowsley service users to such an extent that they are now considering going back into education.

“It was also great to hear about the evaluation into the programme so far and how successful approaches used in the city region could now be implemented in other Housing First programmes across Europe and in the UK.”

The Liverpool City Region is one of just three areas in the UK to pilot Housing First along with Greater Manchester and West Midlands.

It supports more than 200 people in the Liverpool City Region across six teams, each made up of one Team Leader and six Support Workers, based within the local authority areas of Halton, Knowsley, Liverpool, Sefton, St Helens and Wirral.

They offer intensive 1-2-1 unconditional support based on the seven Housing First principles. Research shows the effectiveness of the programme is linked to how closely it adheres to the principles.