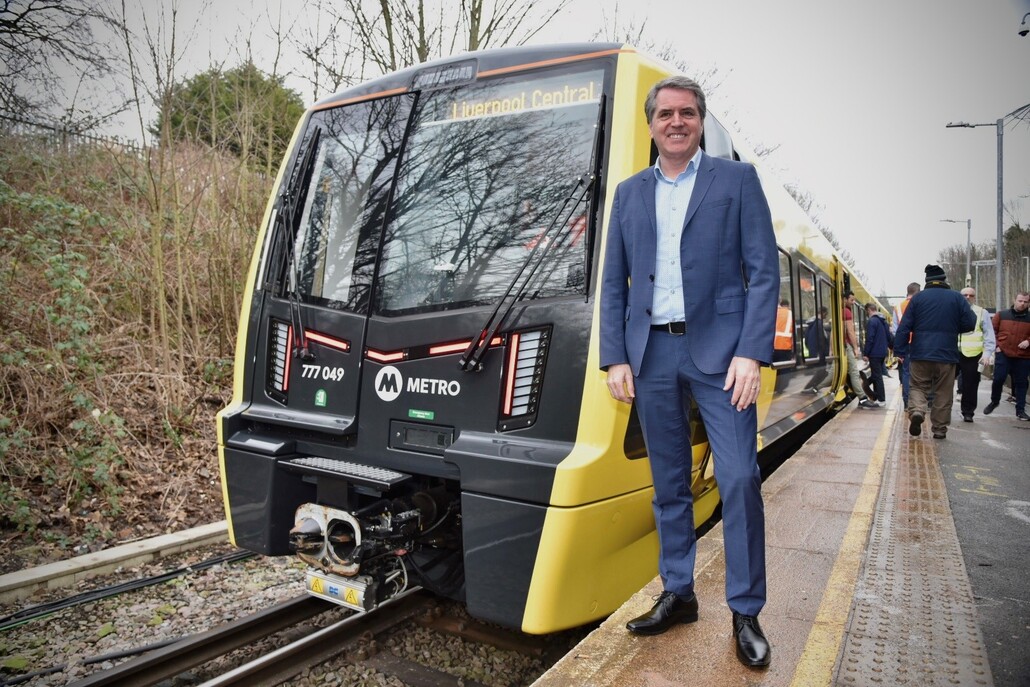 Liverpool City Region Mayor Steve Rotheram has hailed today (Monday 23 January) as a “massive day, not just for our area, but for the entire country” as the first of the region’s new £500m trains came into passenger service for the first time.

There was a huge sense of excitement as Mayor Rotheram was joined by passengers, residents and rail enthusiasts alike on the Kirkby line to mark this landmark occasion that sees the half a billion-pound investment in rail services come to life.

Commenting on the launch of the new fleet Mayor Steve Rotheram said:

“This is a massive day, not just for our area, but for the entire country, as we launch the UK’s first publicly-owned trains in a generation into service for the first time. Alongside the work we’re doing on buses, active travel and integrated ticketing, we’re bringing our transport network into the 21st century.

“Designed in consultation with local people, they’re some of the most accessible and sophisticated in the entire country, with great new features like level access with sliding step technology, more room for bikes and wheelchairs, phone charging and Wi-Fi onboard.

“This half a billion pound investment shows the difference devolution makes. We’re charting our own course, putting the public back into public transport and delivering the services that our region’s 1.6m people deserve.”

Today marks the start of the phased rollout, with the Ormskirk line next to be introduced. The rest of the network across both the Northern and Wirral lines will follow later in the year.

The new trains webpage is full of information and will be kept up to date during the roll out of the fleet – you can find out more at www.merseytravel.gov.uk/newtrains

Panels launched to tackle discrimination, injustice and inequality across Liverpool...