Local artists have begun work with communities across the city region to design and build six life-sized structures as part of a public art exhibition that will be displayed in all the region’s boroughs.

The Imagine Bamboo installation aims to raise awareness of the environmental benefits of using bamboo as a sustainable building material.

Stronger and cheaper than steel, bamboo has a long tradition of being used as a structural material for scaffolding, bridges, housing, and buildings in areas of Asia, Africa and South America, with environmentalists now encouraging Western countries to adopt the practice in a bid to help the planet.

Imagine Bamboo started earlier this year with the first stage of the project Taking Root, which saw 24 baby Borinda bamboo plants taken home and raised by their ‘parents’ who logged their changes via a web portal as they cared for them over the Spring and early Summer.

They have now been transferred to Court Hey Park, Knowsley, to become a future sustainable building material for the planet. It takes seven years’ growth for the bamboo to be ready to use as a building material. 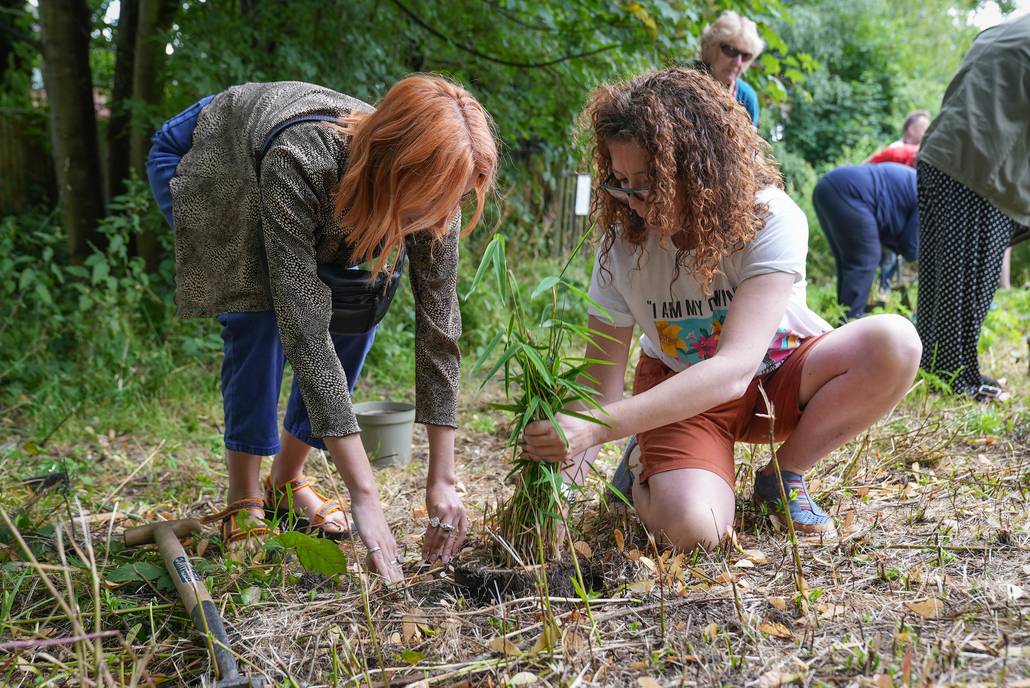 “Communities are the beating heart of our region and that’s why it’s important that we involve local residents in these celebrations – after all, they are the ones who enrich our culture. Events like this are not only great for our visitor economy, but there’s also a much deeper, underlying message that I hope people take away from it.

“It’s about encouraging people to consider the role that we all have to play in protecting the future of our planet and thinking of better, more sustainable ways to live. This is an issue that’s very close to many people’s hearts in our area – we were the first city region in the country to declare a climate emergency and our ultimate goal is to reach net zero by 2040 – at least a decade before national government.

“Only by working together can we achieve these ambitious targets and, hopefully, the more awareness we can raise about the issue, the faster we can start to make a difference to the health of our planet. We’re already the UK’s cultural capital, but I want to go further, and claim our stake as the UK’s greenest, cleanest and healthiest region too.”

Imagine Bamboo follows on from the Lost Castles and Constellations projects that were held in the city region in 2018 and 2019. It is being delivered by Imagineer Productions and artistic director Orit Azaz, the group behind last year’s bamboo Bridge project in Liverpool and will see communities from across the city region design and build giant temporary structures out of bamboo.

In the next stage of the project, 14 artists who live or work in the Liverpool City Region will lead a collaborative project to explore design and construction techniques with community groups in each of the six boroughs. Bamboo specialists and artist-makers from Bali, Ghana and India have been teaching the artists.

“This is a really unusual project for communities to be involved in and a once in a lifetime experience to engineer such a structure. Imagine Bamboo is a unique project which will create amazing outdoor architecture and I’m looking forward to seeing what people come up with.”

“The recent bamboo planting in Knowsley was a great success and the plants will be part of the Knowsley Flower Show this weekend. It’s been fascinating to follow the process of growing the baby bamboo and the length of time it takes before it becomes a sustainable building material. This project can certainly play a part in setting the green agenda.”

Next year sees the final phase of Imagine Bamboo culminating in a festival of engagement, participation, and spectacle with six large scale bamboo constructions in each of the city region boroughs. For more information go to: Imagine Bamboo – Imagineer Productions (imagineer-productions.co.uk)