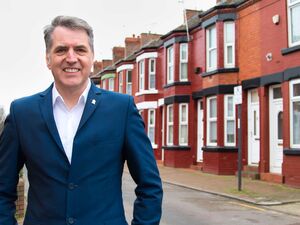 The Liverpool City Region Combined Authority has published an ambitious Equality Strategy that seeks to ensure people are not discriminated against because of their social class.

The move comes as evidence suggests that the cost of living crisis will have the biggest impact on those already affected by inequality, including disabled people, women, people from black and minority ethnic backgrounds, and those living in deprived communities.

Through the new Equality Strategy, Steve Rotheram, Mayor of the Liverpool City Region, has committed to more than 40 actions to tackle inequality for people with protected characteristics.

In the Equality Act 2010, nine characteristics were identified as ‘protected’- race, religion, disability, age, LGBTQ+, gender re-assignment, marriage and civil partnership, sex, and pregnancy and maternity. The Combined Authority has now added “socio-economic status” to this list – as recommended by the Social Mobility Commission last year.

“When I was elected to this role, I promised that we would build the fairest, strongest and most socially-just place possible; a place where no one is left behind.

“It’s disgraceful that – in 2022 – discrimination and prejudice are still rife in much of society. Every year that is reiterated by high profile events – from COVID-19, to the tragic murders of George Floyd and Sarah Everard. It is time to break that cycle.

“In the Liverpool City Region, we’re taking firm action to tackle those inequalities head-on. We’ve funded numerous projects to try to level that playing field, from schemes to ensure that women and girls feel safe travelling on public transport to major projects that tackle racial inequality.

“It cannot be right that people’s life chances are mapped out at birth, their entire lives decided because of who they are, where they were born or the size of their family’s bank account.

“As a middle-aged white man, I know that my job is to listen; to learn, to amplify, and to supplement the efforts of those most affected. I am committed to ensuring that our city region leads the way and sets an example for others to follow.

“We’ve developed the Equality Strategy in partnership with those who are impacted by inequality. It is their voices and ideas that have helped to shape it. It is our commitment and our plan to help tackle inequality head-on and eliminate the disadvantages that people with protected characteristics, and people living in poverty, face.”

Developed in partnership with employees, trade union representatives, residents, advisory panels and local authority partners, the Equality Strategy sets out how the Combined Authority will prioritise those left behind, disadvantaged, or experiencing discrimination, and reduce inequality by enhancing how public services are delivered.

Specifically, it sets out how it will make sure that people with the protected characteristics set out in the Act, as well as those disadvantaged by their socio-economic status, are not discriminated against in employment, when seeking employment, or when engaged in occupations or activities related to work.

The new Equality Strategy, which will be reviewed every year, also sets out more than 40 specific actions the Combined Authority will take in its three main areas of activity: as a major employer with nearly 1000 staff; as a funder and investor, spending more than £100 million each year, and as a civic leader, with a powerful convening role through the Mayor.

The Equality Strategy will run alongside the new Social Value Framework, which sets out how everything the Combined Authority does will be designed not only to generate a financial impact but a positive societal one too.

Local jobs, tackling inequality and combatting the climate crisis at the heart...
Scroll to top
Contact us
×
Media enquiries
×