• Measures targeted at households most at risk of fuel poverty 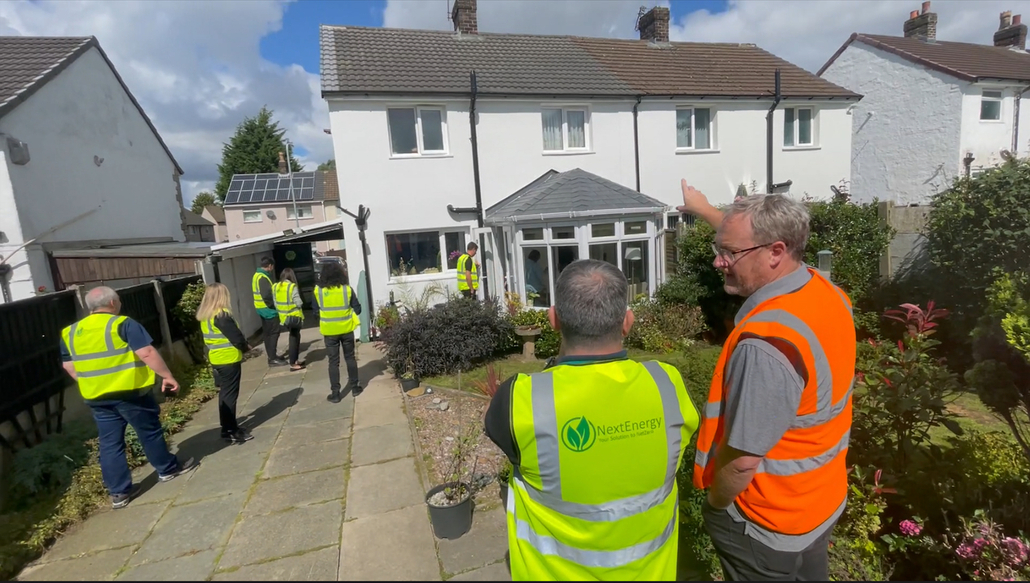 The money is the North West’s share of a national funding pot to enable local authorities to directly deliver home energy retrofits to more than 5,000 disadvantaged households.

More than 2,000 individual improvements, ranging from solar panels to external wall insulation, were made to city region homes as part of an ambitious plan by Mayor Steve Rotheram to reach net zero carbon by 2040.

“If we are to reach our ambitious target of becoming net zero carbon by 2040, we need to half our energy use across the city region. The situation in our homes is even more challenging, as we will have to cut energy use by 60%. That’s why retrofitting our homes with energy efficient measures is so important.

“This will be a challenge but as we have demonstrated by successfully delivering this scheme – with support from government we are capable to achieving this, while creating good quality jobs in the process.”

The national Local Authority Delivery Scheme 2 programme (known as LAD2) finished delivery in September.
The purpose was to retrofit as many homes as possible across the North West, saving householders money, cutting carbon and creating green jobs.

Local Authorities targeted households most likely to be in fuel poverty and benefit most from energy efficiency upgrades such as insulation, heat pumps, energy efficient doors and windows, and solar panels.

The Department of Business Energy and Industrial Strategy provided funding via the North West Net Zero Hub as part of a national economic stimulus package and covid recovery response.

“As this scheme shows, we are continuing to work with our local authorities to retrofit energy saving measures to as many houses as possible, to help people deal with the cost-of-living crisis and meet our environmental targets, but there is a limit to how much we can do on our own.

“There are 720,000 homes in the city region and more than 60% of them are at EPC band D and below, which means they are wasteful and expensive to keep warm. We need government to pick up the pace so we can roll these programmes out even more quickly.”

Former LFC training ground one of 15 sites to benefit from £23m investment...
Scroll to top
Contact us