Employers across the Liverpool City Region have backed Mayor Steve Rotheram’s campaign against poverty pay and zero hours contracts in a bid to protect workers being hit by the worst cost of living crisis in a generation.

More than 50 organisations from across the region have been awarded Aspiring status of the Mayor’s Fair Employment Charter, which encourages businesses to pay staff a Real Living Wage, clamp down on the use of zero hours contracts, provide mental health support, encourage flexible working and engage with trade unions. A further 85 companies are in talks to sign the charter. 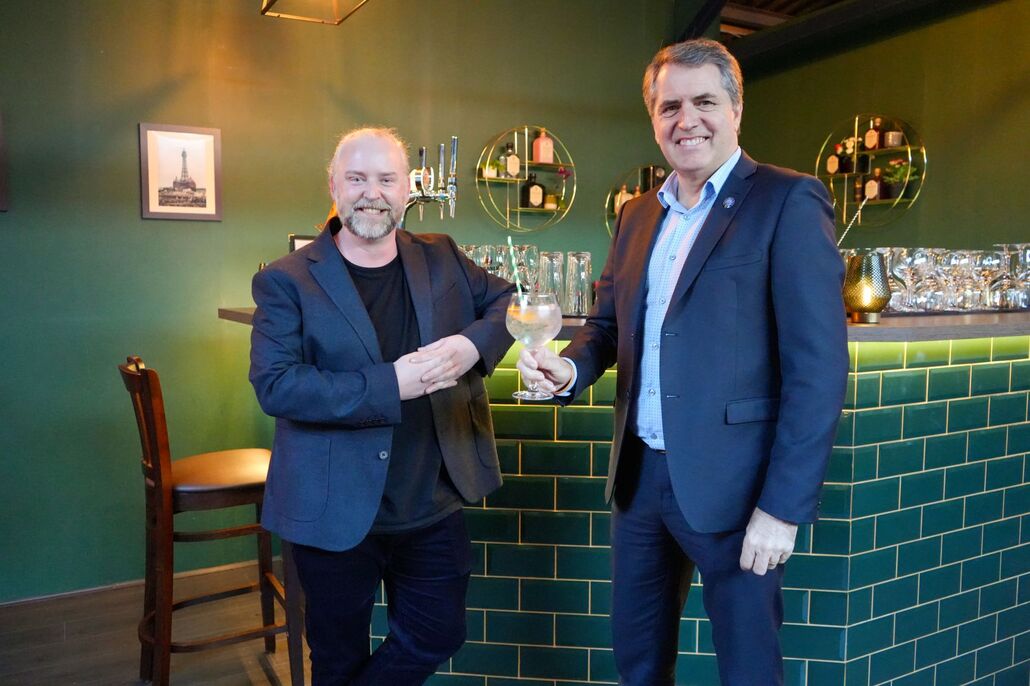 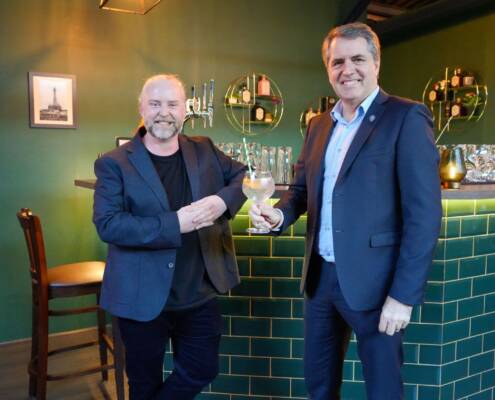 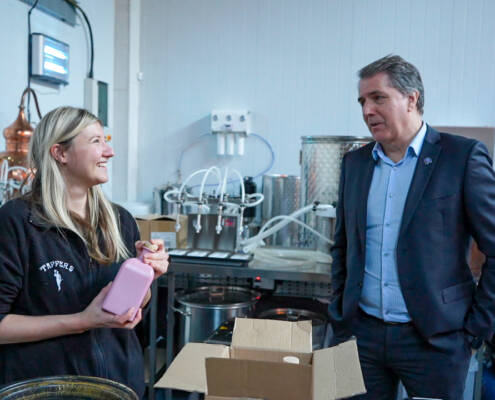 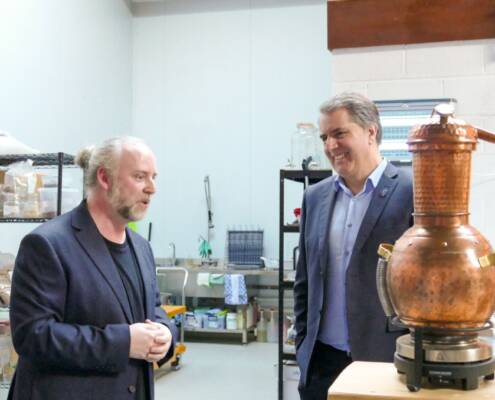 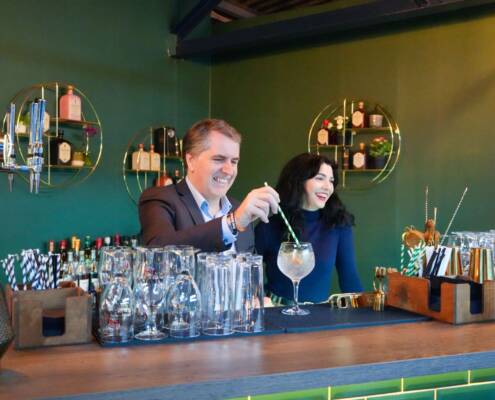 Currently, more than a quarter of the region’s workforce earn less than a Real Living Wage, which is £10.90 an hour for everyone living outside of London, with an estimated 19,000 workers on zero hours contracts.

Speaking on a visit to Tappers Distillery, one of the first businesses to sign up to the Charter, Steve Rotheram, Mayor of the Liverpool City Region said:

“When thousands of hard-working families across our region are struggling to make ends meet, there’s never been a more important time for businesses to step up and commit to investing in their workforce.

“Being properly paid for the work you do in decent, safe conditions should be the absolute minimum any of us expects when we go to work. Developed in partnership with our trade unions, my Fair Employment Charter wants to guarantee it. The Charter is about shining a highlighting and promoting good employers who do the right things – and we know that there are plenty of them in our region.

“Where there are unscrupulous employers who expect staff to contend with poverty pay, insecure contracts and bad working conditions, we want to work with them to take them on a journey to doing better.

“Those that adhere to the good practices we have set out in the Charter should be able to move forward in the queue when it comes to how they access Combined Authority funding. I want our area to be known as the best place in the country to live, work, or run a business – and the more businesses we can encourage to join us on this journey, the faster we can make that ambition a reality.”

“We’re a family-run business at Tappers, and regard our team as part of that family. They’re our most important asset, so fair pay for a fair day’s work is the least of what we do to make sure staff thrive in the workplace.

“The Liverpool City Region is taking the lead in bringing together businesses small and large who share the same values as ours, with the Mayor’s Fair Employment Charter. We’re proud to be part of this fantastic initiative, and strongly encourage other businesses to join us in making the region the fairest and most equitable place to work in the country.”

“As the People’s Club, we care about our people and ensuring our staff feel valued, rewarded and that they belong – all within an environment in which they can truly develop and thrive.

“We are proud of our commitment to wellbeing, equity and inclusion, contributing to the social and economic growth of our region and community, and being a fair, responsible and exciting organisation to work for.

“The honour of being included on the latest Fair Employment Charter illustrates that commitment and we would encourage other businesses and organisations across the Liverpool City Region to put themselves forward and join us.”

Mayor Rotheram developed the charter in partnership with more than 300 local employers of all sizes, local trade unions and with workers themselves. It has the backing of the national trade union body, the TUC, which represents around 5.5 million workers across the country.

“The Fair Employment Charter is an important initiative, and one that we are proud to be part of. It recognises those employers who are doing the right thing, and more importantly it sets standards – not just the bare minimum – about what it is to be a fair employer in the city region.

“Trade unions have shown again how important they are. Whether during the pandemic in keeping workers safe, or now giving voice to workers against bad employers and practices, our mission is to change the world of work for good. The charter is clear that listening to workers and engaging with trade unions is a good thing.”

There are three levels of membership; Aspiring, Accredited and Ambassador.

Everton in the Community