Representatives of the Liverpool City Region Combined Authority have embarked on a historic mission to South Korea as part of a Government-backed programme to build relationships at a city region level.

The city is also home to the world’s sixth largest port. 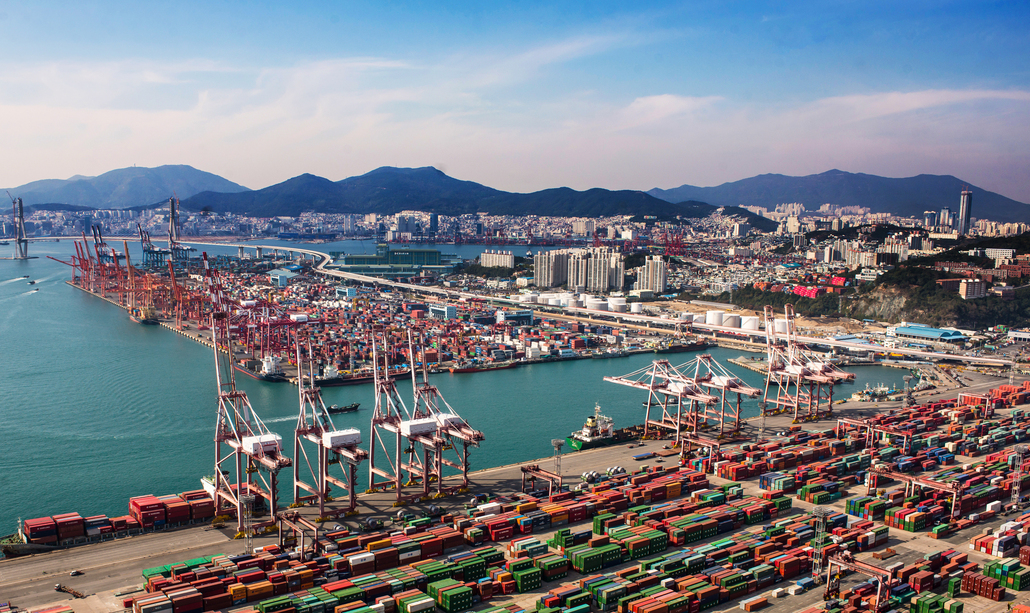 The Port of Busan – picture from the Korea Tourism Organisation .

The programme is aimed at helping UK and South Korean cities with complementary strengths develop long-term research and innovation links, creating a pipeline of opportunities for bilateral trade and foreign direct investment (FDI). This will help both countries realise the potential of their highly innovative SME sectors, whilst also connecting larger companies and universities.

As part of next week’s visit, Richard and the Mersey Tidal Power Project Director will visit Sihwa Tidal Power Plant near Seoul, the world’s largest tidal power plant, as well as meeting the chief executive officer of K-Water, which owns and operates the facility.  They will also meet senior officials from Busan and Seoul, as well as other prominent figures from academia and business.

The visit comes just two weeks after the launch of the Liverpool City Region Innovation Prospectus, which details how the city region’s world-leading expertise in infection control, materials chemistry and artificial intelligence, allied with emerging net zero projects, would be a launchpad for future discoveries and investment.  It also highlights the Liverpool City Region’s aim to invest 5% of its economy on Research and Development (R&D) by 2030 – nearly double the government’s UK target.

The Mersey Tidal Power Project could generate enough clean, predictable energy to power up to one million homes and create thousands of jobs in its construction and operation.  Over the last two years, the authority has undertaken early technical work to understand the potential scope of the scheme, which could be up and running within a decade, playing a huge role in the region’s push to net zero carbon by 2040 – at least a decade ahead of national targets.

The Liverpool City Region is one of just four UK locations to be twinned with a South Korean counterpart under the scheme.  This initiative is being delivered by Connected Places Catapult and funded by the UK’s Department for Business, Energy and Industrial Strategy (BEIS), Innovate UK and supported by the British Embassy in Seoul.

“This initial visit has the potential to increase our international trade with South Korea and to build on our complementary strengths in innovation in ways that will boost our economy for years to come.

“As well as creating links with Busan, a major port city with many similarities to our city region, we will also visit the world’s largest tidal power scheme at Sihwa Lake, as well as consolidating links with K Water, the plant’s owner operator, which we made at COP26 in Glasgow.  The visit demonstrates the scale of our ambitions from the Liverpool City Region.”

“Connected Places Catapult is passionate about boosting innovation across different countries to drive economic and social progress. The Innovation Twins Programme is designed to harness the power of two complementary cities to collaborate on research and innovation, technology adoption, investment and trade to solve mutual challenges. We look forward to bringing together representatives from the Liverpool City Region and Busan and to move the agenda forward in these important areas.”

The UK-South Korea Innovation programme has been designed to support long term city-to-city relationships with a focus on:

Links have also been forged with Indonesia’s second largest city, Surabaya, as part of the combined authority’s push to increase Liverpool City Region’s presence on the world stage.

A study conducted in an earlier phase of the UK-South Korea Innovation programme found that Liverpool City Region and Busan had the potential to be effective innovation twins for a number of key reasons: