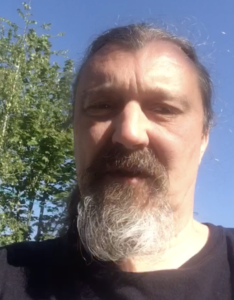 Listening Ear has been operating in Halewood for 30 years as a community focused support for bereavement. This soon became a counselling service which went on to work with children who had suffered separation, bereavement and loss. In 2015, they began providing a suicide bereavement service called Amparo. Amparo means ‘shelter’ or ‘safe haven’ in Spanish and provides support for anyone affected by suicide.

“Coronavirus meant we had to start doing things differently and with the Government advice changing so quickly, we started to plan ahead. We relocated the whole agency to work from home which meant our admin staff could still process the thousands of applications we get every year for counselling, and our counsellors could continue to carry out their work. The Amparo staff were already based from home as they were already working in the community.

“That was helpful because we already had a framework we could follow. We have an office in Halewood, which houses all the admin staff and has a suite of rooms where we hold counselling, which we have had to close. What has been more difficult is closing our office in Whiston, where we do a lot of creative counselling through play therapy with children. It is hard for them to understand why they can’t go there.

“A lot of these children come from a domestic abuse background, if they’re over the age of 11 then we can offer them telephone counselling and if they’re younger, we’ve been trying to work with the parent or carer. It’s incredibly challenging though, as we need to make sure we keep everyone safe.

“The most important thing was for us to be able to relocate the service and offer it in as continuous way as possible. It’s different – it’s not face to face – but the offer was still there.

“The fund has enabled us to buy a lot of equipment very quickly to put this set up in place and we’ve also had to replace supervised students with other staff so it’s helped us with costs there. We’re still finding unforeseen costs in this situation but the LCR Cares funding has certainly helped us move to a new way of working.”

LCRCares is a crowdfunding campaign to raise £1million to support community and voluntary organisations on the frontline of helping the city region’s communities cope with the impact of Coronavirus.