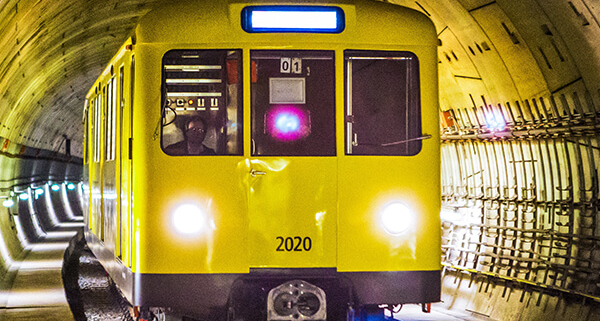 Joint statement from the Combined Authority, Merseyrail and the RMT union

The Liverpool City Region Combined Authority, Merseyrail and the RMT Union have today agreed in principle that, subject to the provision and approval of an appropriate, affordable and sustainable funding package, the new fleet of Merseyrail trains, will have a second member of staff on board the train.

In order to pay for a second member of staff on each train additional funding will now need to be generated. Productivity proposals have come forward from the ACAS process that will cover some of the required funding, however additional means will also need to be considered by all parties, which could include an enhanced crackdown on fare evasion and increased fares. The design of the new trains proposes that the door control and dispatch of the trains will transfer to the driver. No one currently employed as a guard will lose their employment as a result of the introduction of the new fleet in 2021.

All parties will now undertake the detailed work required to develop a full proposed agreement, which will take some months and will require compromise on all sides. An element of this will be agreeing the role and safety responsibilities of this second member of staff as part of the process. The current business case will need to be revisited. Whilst this takes place and until dialogue has been completed there will be no further industrial action.

“I am pleased that we are agreeing in principle that there will be a second member of staff on board the train when the new, state-of-the-art Merseyrail fleet is fully in place in 2021.

“I have always believed that the only way this dispute would be resolved was by all sides sitting down and talking. That’s why I pushed for Merseyrail and the RMT to enter ACAS talks last year and I’m pleased that this approach has got us to where we are today.

“Today’s announcement is huge progress but I also want to be clear that it requires a significant financial commitment and hard choices on all sides. This has to be kept in mind alongside the reality of the substantial reductions in funding that Merseytravel will receive from government over the next ten years.

“I believe this agreement gives us the best chance to successfully deliver and operate the new fleet of trains and therefore is in the best interests of the people of the Liverpool City Region. We will now complete the detailed work to explore and hopefully identify the affordable funding package needed to gain a final agreement.”

“Merseyrail and its shareholders have given our support to this agreement as we have always been clear that any dispute between us and the RMT will only be resolved through talks. Today’s announcement is an acknowledgement of that fact.

“The commitment from the RMT to continue the suspension of industrial action during this review period will undoubtedly help maintain the continuity of the current phase of ACAS conciliation which will allow us to plan our operational delivery around the major programme of Merseyrail platform modifications and the major events between now and the end of the year. During this phase of conciliation we will continue our engagement with both the Combined Authority and the RMT as we explore the feasibility and affordability of a solution to keeping a second person on the new trains.”

“Today’s agreement in principle is an important and‎ significant development in respect of RMT’s long running campaign to retain a guaranteed second, safety-critical member of staff on Merseyrail trains.

“I want to pay tribute to RMT members for their resilience and‎ solidarity throughout this campaign. We now await a fully-formed and detailed set of proposals that the we can take back to our Executive and our members.”