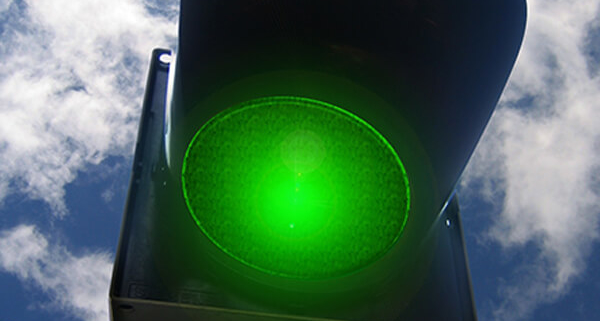 Green light for travel plans in the Liverpool City Region

At today’s meeting, the Combined Authority has:

The Halton Curve is a key project within the Liverpool City Region’s Long Term Rail Strategy and is endorsed by the Welsh Government and Cheshire West and Chester Council.

Approval of the full business case to bring the line back into full use will see, initially, an hourly direct service between Liverpool and Chester, with the extension of services into Wales taken forward in collaboration with the Welsh Government. The intention is to include the services in the revised specification for the forthcoming Wales and Borders franchise.

It is expected that the new services would offer more than 200,000 new rail journeys between Liverpool and Chester alone.

Approval of the business case unlocks the £10.4m allocated to the scheme through the Government’s Local Growth Fund (LGF).  At today’s meeting, the Combined Authority also approved an additional £5.67m for the scheme to come from the City Region’s LGF pot.  This is in recognition that the initial bid to Government in 2014 was based on a high level estimate at an early stage of scheme development and represents what additional funding would be required to meet the highest estimated cost for the scheme – £18.75m.

Even at its highest estimated cost, the Halton Curve scheme represents positive value for money, with every pound spent generating almost two in return for the Liverpool City Region.

Merseytravel will be working with Network Rail to keep costs to a minimum.

The scheme is part of the £340m infrastructure investment by Network Rail and the Liverpool City Region over the next three years.

The Combined Authority’s approval for the signing of the Bus Alliance agreement follows a recommendation for such by the Merseytravel Committee last week.

The details of the Voluntary Partnership agreement will now be finalised before the agreement is formally entered into.

The Alliance, initially made up of Merseytravel, Arriva and Stagecoach (who together operate 90% of the commercial bus market in the City Region), is focussed on offering bus users seamless, hassle free and value for money travel right from planning their journeys through to getting off at their destination. It aims to build on the high customer satisfaction levels for bus services in the Liverpool City Region, as well as encouraging people who don’t currently use the bus to realise the benefits.

The first 12 months of the Alliance will see a number of initiatives including an initial £19m investment in greener buses with free WiFi and USB charging points; the introduction of one point of contact for customer service; new customer service training for drivers; improved links to John Lennon Airport and the rail network; the development of a trial 24-hour bus route and the start of a strategic review to create a simpler, clearer bus network.

The Alliance recognises that as 80% of public transport journeys in the City Region are made by bus, there is potential for it to play a much more significant role in growing our economy, better linking people with jobs and education and leisure opportunities.

With regards to station devolution, options on the models that would best allow decisions to be made in the long term interests of stations on the Merseyrail network and the communities they serve will be developed by Merseytravel and a range of partners by late summer for the Combined Authority and the government to consider.

Proposals will consider  how greater control of stations locally will help target investment, improve the experience for passengers – ultimately getting more people using the network – and how allowing for  better use of station facilities and land as part of the wider planning and regeneration plans for areas can support economic development.

“Transport is key to unlocking economic growth and these three projects alone will deliver real benefits. The Halton Curve may only be one and a half miles long but is the key to unlocking so many more opportunities for people in the Liverpool City Region, North Wales and Cheshire. It, in turn, feeds and also benefits from ambitious plans for improved connectivity east to west right across the north in a bid to drive economic growth.

“Outside of London we already have the best ticketing offer for young people and the most active smart ticketing scheme and the alliance with Arriva and Stagecoach will help us build on this success, working in an ambitious way to make bus a natural choice for people.

“Station devolution was a key ‘ask’ in our devolution deal and now it’s about getting the detail right.  The ability to make decisions locally will enable latent potential to be unlocked for the benefit of users and the wider communities.”