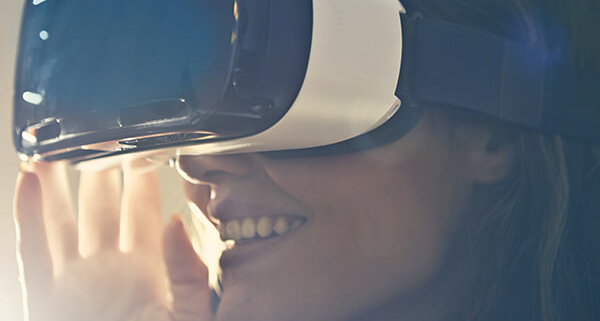 Steve Rotheram will be taking part in a ground-breaking mayoral question time as the centre piece of the Liverpool City Region’s first Digital Summit which is taking place on Thursday, 19 October at online retailer Shop Direct’s Speke HQ.

The session will showcase cutting-edge technology developed by Liverpool-based VR company vTime, who have developed the pioneering “sociable media” platform which is now used in 190 countries and has been downloaded by more than 700,000 users to date.

The vTime platform enables people in different locations around the world to meet in a series of immersive virtual environments for social or business interaction.  The company, who are establishing a base in San Francisco, recently partnered with Microsoft to bring their ultra-immersive social VR experience to millions of Window 10 users as launch title for the Window Mixed Reality headsets. The company is also in the process of exploring further innovative applications of their cutting-edge platform in areas including education, entertainment and health-care.

The virtual Q&A will feature a panel comprising; Metro Mayor for the Liverpool City Region, Steve Rotheram; Silicon Valley-based architect and academic, Terry Beaubois – who will be joining the session live from Palo Alto; and vTime’s Head of Communications Vicky Roberts. The session will be moderated by former BBC journalist and media consultant Mick Ord.

The panel will tour a number of virtual destinations through look-alike avatars during a 30 minute interactive session that can be viewed after the event through the vTime platform, and will be projected live in to a plenary session of the summit.

“The Summit is bringing together pioneering businesses, innovators and researchers who are at the forefront of developing the City Region’s digital future.  The virtual Question Time is one way in which we can showcase a company based in this City Region that is developing an international reputation and leadership role. We have an extraordinary wealth of research, commercial and academic assets in the City Region and it’s my job to ensure we build on this potential to establish Liverpool City Region at the heart of the Fourth Industrial Revolution.”

“vTime is proud to be a global leader in developing and publishing innovative products and services. From our base in L8 we are completely changing how people communicate and engage with each other. We are looking forward to demonstrating vTime’s unique capabilities during the Metro Mayor’s Digital Summit.”

Looking forward to his involvement in the session, Terry Beaubois said:

“My work at NASA involves transferring tech used for space exploration into an application that can be used by industries outside the space programme. I have been an early adopter of the use of online virtual worlds for some time and am excited to participate in a vTime session with the Metro Mayor of the Liverpool City Region. I have worked with Liverpool company Red Ninja on smart city projects in India and Silicon Valley for the last few years, I know Liverpool has some amazing innovative companies and I can’t wait to discuss how technology can change the city region.”

In addition to what is believed to be the first-ever political Q&A in virtual space, the summit will feature contributions and key-note presentations from speakers including Steve Rotheram, Alison Kennedy, Director of STFC Hartree, Dr Jon Hague Vice President Open Innovation at Unilever, Irene Lopez de Vallero Director of Research at the UK Digital Catapult, Kelvin Prescott, Head of Specialist SalesO2 and vTime MD,Clement Wangerin. Other sessions will include a series of short pitches showcasing emerging LCR digital talent and afternoon workshops aimed at identifying the opportunities and priorities for the City Region’s future digital vision.

“This is a really important gathering and an opportunity for us to scan the horizon to see how we build on our distinctive digital assets and examples of world-leading innovation to lever growth across all sectors. Working together we have the opportunity to deliver the support and investment required to fulfil this potential, generate new commercial activities, and build a new economic identity for our City Region.”

“The event has a very practical focus. We have big opportunities but we also need to set some clear goals and objectives if we are to fully realise the economic and transformational value of assets like STFC Hartree Centre, IBM Watson, Sensor City, Materials Innovation Factory and the GTT trans-Atlantic internet superhighway cable that reaches the UK mainland here in our City Region. Connecting these assets and maximising our competitive edge in areas like big data analytics, high performance computing, cognitive computing, digital manufacturing, AR/VR, and other emerging technologies is the big challenge, and I am certain we can rise to it.”

END_OF_DOCUMENT_TOKEN_TO_BE_REPLACED

Steve Rotheram calls for an urgent re-think on heartless and regressive Universal...