Arriva and Stagecoach have confirmed a series of changes to bus services in the Liverpool City Region.

The private operators have finalised number of changes to routes across Knowsley, Liverpool, Sefton, St Helens and the Wirral that will begin on Sunday 4th September.

Several services considered to be ‘vital routes’ have been protected from the proposals after Mayor Steve Rotheram and the Liverpool City Region Combined Authority stepped in to provide funding support to save them.

These include the 492 and 495 to Birkenhead, 37 from St Helens to Eccleston and the 76 and 78 from Halewood to Liverpool city centre. 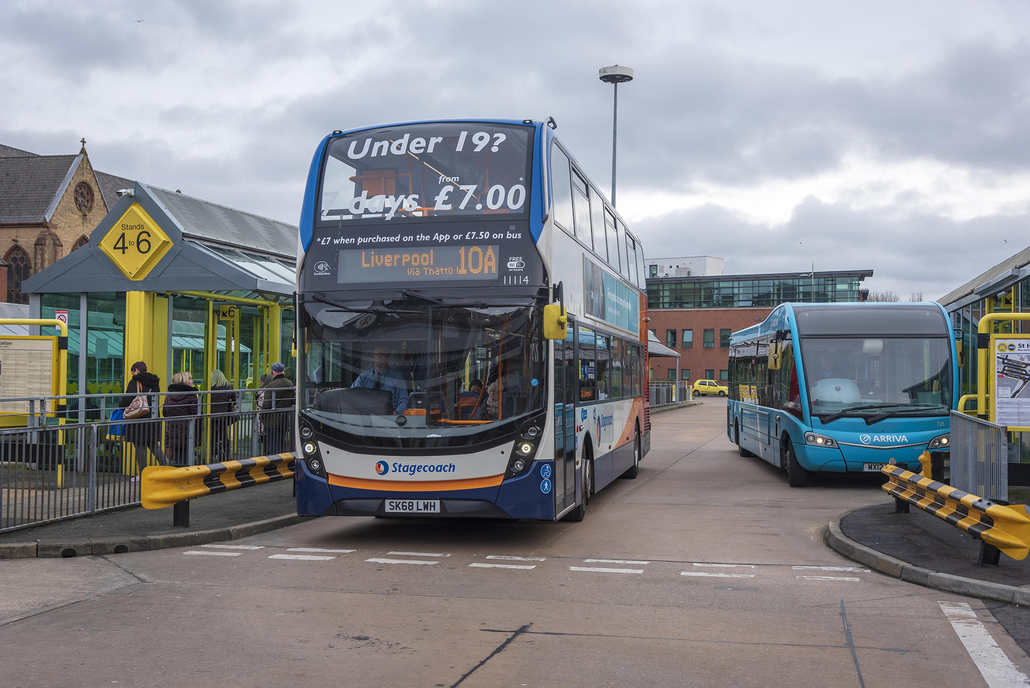 Currently, the majority of bus services in the Liverpool City Region are operated on a commercial basis by private operators – predominantly Arriva and Stagecoach. Under this deregulated bus system, these private companies have control over aspects such as routes, timetables and fares.

Earlier this year Liverpool City Region leaders took an important step towards reversing this power imbalance after local leaders voted to confirm franchising as their preferred model for the future running the network – a landmark move that would reverse the industry’s deregulation in the mid-1980s. This would give the Combined Authority the ability to set routes, timetables and fares.

The bus operators initially proposed changes to their commercial services as government funding to help keep routes in operation throughout the pandemic is set to end this autumn.

Proposals for the changes were published in late June, followed by a public consultation to give people the chance to provide their feedback.

A full list of the final changes and more information on why the review has taken place can be found on our Commonplace website at http://lcrbusreview.commonplace.is. If a service is not listed on this site, then no changes have been made.

A summary of some of the key changes to the original plans made as a result of the public consultation are below:

In addition to these changes, the Combined Authority has proposed funding to retain the frequencies of the 204 & 61. Discussions are on-going with the operators to achieve this, but it will not be possible before the September change date.

Mayor Steve Rotheram commits to “fiercely protecting” diversity ahead of...