Creativity redefined for the 2023 Culture and Creativity Awards as nominations open.

Mayor Steve Rotheram is once again calling for the best of the Liverpool City Region’s creative talent to come forward as he opens the nominations for the annual Culture and Creativity Awards. 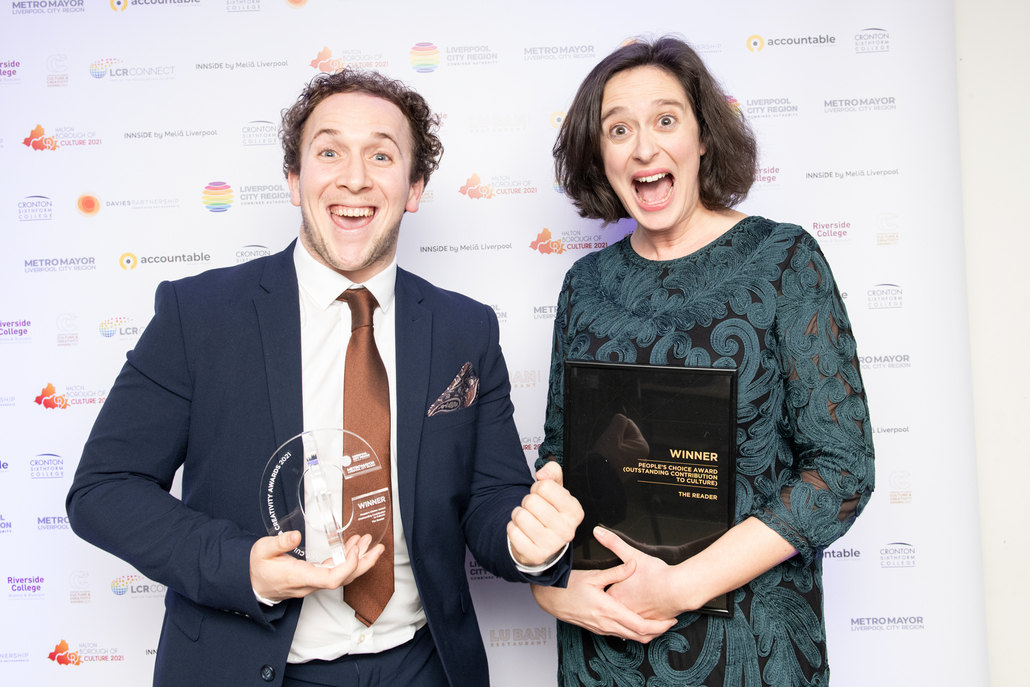 This year, the definition of creativity used in the awards has been extended to include technology, innovation, and science in order to develop and introduce new ideas and creative approaches that are innovative and transformational.

Established in 2019 as part of the Mayor’s commitment to culture through his 1% for Culture initiative, the awards are now in their fourth year honouring the value and contribution the cultural and creative sector brings to Liverpool City Region.

“We are the UK’s cultural capital, and these awards are where we honour all of the incredible individuals and organisations whose talents help to make our area one of the most vibrant, exciting and interesting places to live.

“The sector has bounced back strongly from the pandemic and is as colourful as ever. This year’s awards will be a celebration to say thank you to everyone who’s helped it make such a strong recovery.”

“The Culture and Creativity Awards are not just about ‘art’ and ‘culture’ in the traditional sense. Creativity can be found in a laboratory just as much as on a stage. As such, I feel it is crucial, considering some of the amazing, cutting edge work we see happening in these innovative sectors of the city region that our definitions should be extended to reflect these industries.

“I’d like to encourage individuals and organisations from all sorts of backgrounds to enter the awards so we can see just how innovative people in the city region are in all sectors. Their creativity needs to be celebrated too.”

13 categories are set to be contested by artists and creatives, volunteer and community groups whose fantastic work makes a real difference to people’s lives.

“There are so many exciting projects from all over the city region and I’d urge people to have a look at the categories and see where they could enter.

“The Liverpool City Region is brimming over with culture and creativity, from small community projects to massive schemes which reach across the world. These awards give us a chance to showcase what our area has to offer.”

For 2023, the award categories are confirmed as: The People’s Choice Award; Inspirational Young Person Award; Artist/Creative of the Year; Arts Organisation of the Year; The Health & Wellbeing Award; The Environmental Award; Improving Education & Learning; The Community Cohesion Award; International Reach Award; Preparing for Work Award; The Business in the Arts Award; Borough of Culture ‘Star of the Year’, and the Judges’ Inspiration Award for Outstanding Achievement.

The awards ceremony always take place in the Borough of Culture for that year. Now it’s Knowsley’s turn to host in March 2023 looking back at culture and creativity happening in 2022.

Nominations can include creative activity that brings people together, in real life or virtually – and you can nominate yourself!

Dr Vicki Doyle was last year’s winner of the International Reach award for combining public health messaging with music working with the World Health Organisation, and Liverpool School of Tropical Medicine on a global scale. She said:

“I was so excited to attend the awards in Halton earlier this year and winning the award has meant a great deal to me. The sector I work within is not traditionally connected to the arts and I was really pleased to see our alternative approach to a subject affecting global health on the world stage acknowledged in this way. It’s great to see that this is being taken further in the awards this year.”

Any arts and cultural events, innovation and creative activity that took place within the Liverpool City Region during the period of 12 November 2021 to 28 October 2022 can be entered. Nominations are completed online and the closing date for entrants and nominations is Friday 28 October 2022.

A judging panel will consider all the nominations and choose category winners, while the public will be able to vote for the People’s Choice award.

For more details and to make a nomination visit www.lcrcultureawards.co.uk