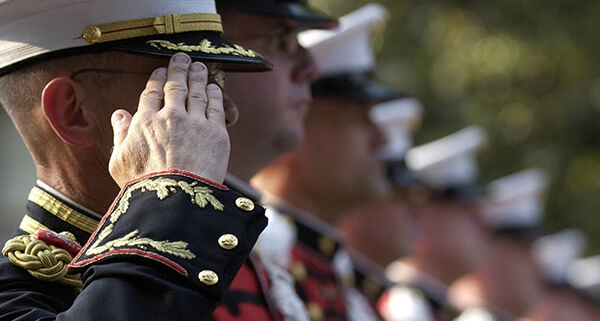 Representatives from across the three military services attended today’s meeting of the Combined Authority, as the Liverpool City Region signed a Memorandum of Understanding in support of the armed forces community.

It builds upon the Armed Forces Covenant, signed by Metro Mayor Steve Rotheram on behalf of the Liverpool City Region in September 2017, which committed the Combined Authority to ensuring that members of the armed forces community do not suffer disadvantage in access to services and support compared to the general population.

Housing allocations and school admissions are examples where policies have been updated to reflect this commitment by local authorities in the Liverpool City Region – and the document commits all of the organisations to a joined-up approach in terms of identifying and meeting the needs of active service personnel, veterans and their families.

This event took place against the backdrop of Armed Forces Week 2018, as the nation shows its appreciation to the armed forces community.

“Our city region has a deep-rooted connection with our armed forces and this Saturday, as we mark Armed Forces Day, we have the opportunity to thank those who have served our country for their incredible sacrifice.

“There are a number of well-documented challenges facing members of the armed forces community; from finding meaningful employment after they leave active service to homelessness and it is essential that those who have served our country and their families have the support and access to services that they need day in, day out, to address this.

“Local authorities across the city region are doing great work to address these challenges and that is why we are coming together to sign a Memorandum of Understanding to reaffirm our commitment to the armed forces community and to working together on this important issue.”

“Local authorities and veterans groups within the Liverpool City Region have led the way in the provision of support to the Armed Forces community locally, comprising Regular and Reserve service men and women, service leavers, veterans, their families and the Cadet organisations.

“Through working together and sharing best practice and resources, the reach of this support across the city region can only increase. It is with great pleasure that I endorse this Memorandum of Understanding, and I thank all involved for their continued commitment.”