The Liverpool City Region is once again bucking the national trend with rising bus passenger numbers, coupled with high satisfaction ratings from users.

The Liverpool City Region is once again bucking the national trend with rising bus passenger numbers, coupled with high satisfaction ratings from users.

Figures for the last three months of 2018 show a nine per cent increase in fare paying passenger journeys compared with the same period in 2017.

It comes as data released by passenger watchdog Transport Focus shows 91% of paying Merseyside bus users as satisfied or very satisfied with services – joint highest with Tyne and Wear.

The survey also has Merseyside bus services topping the table for best value outside of London, with three quarters of paying bus passengers in the region saying they were satisfied or very satisfied with the value for money offered.

“With 80 per cent of public transport journeys in our city region made by bus, we know just how important our bus network is in getting people to work and education and in making the most of their leisure time.

“These figures are encouraging but the job is far from over. We need to continue to work to make our bus network one that supports all who depend on it as well as attracting new users. We now have greater powers at our disposal to make buses even better and we want to hear local people’s views and experiences, through our Big Bus Debate, as we decide which route we go down.”

The Metro Mayor’s ‘Big Bus Debate’ aims to find out what local people want and expect from bus. The next phase will involve on street surveys in Halton, Knowsley, Liverpool, Sefton, St Helens and Wirral during the Spring.

The figures are an indication of the ongoing success of the Liverpool City Region Bus Alliance – a formal partnership between Merseytravel, Arriva and Stagecoach to encourage more people to travel by bus by improving quality and service, generating more money that can invested back into the bus network. 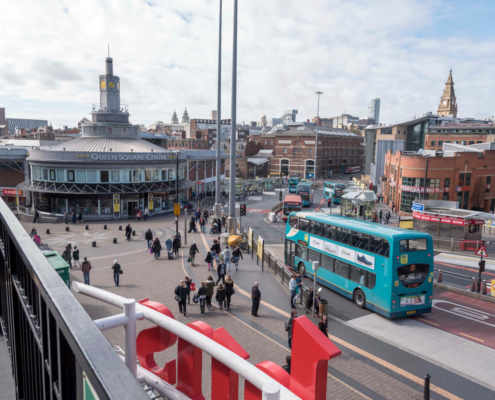