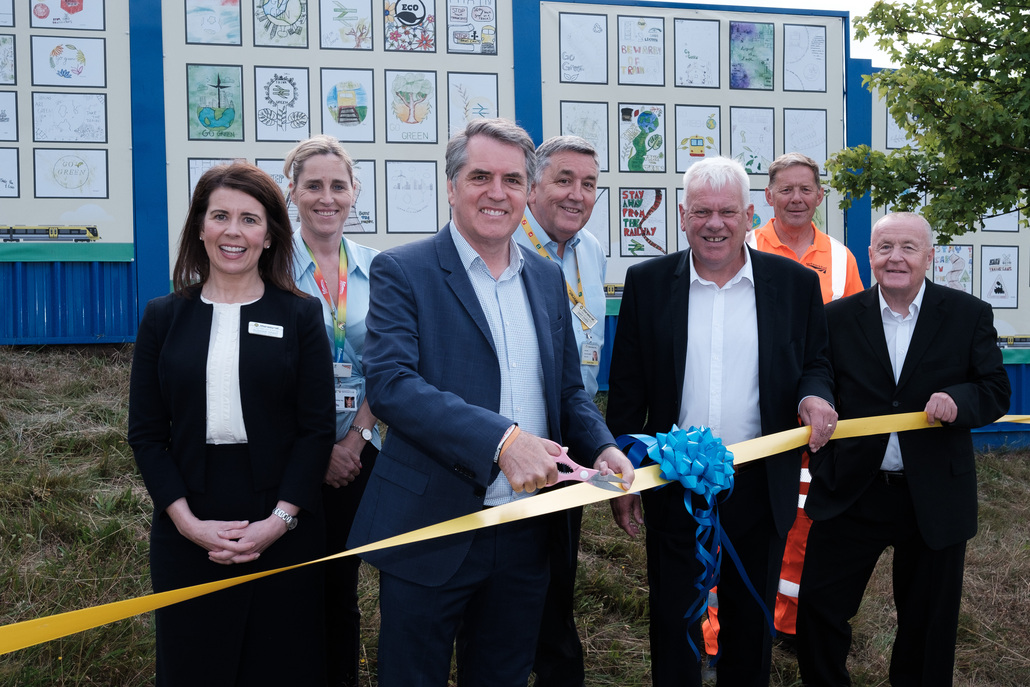 Artwork from more than 300 students at nine local schools feature on a new display been unveiled today at the site of the new £80m Headbolt Lane station in Kirkby.

To celebrate the building of the brand new station, primary and secondary school students were asked to draw, paint and stencil their own designs for posters to promote travel by train, safety on the rail network and action to tackle climate change.

The banner – which will be displayed on hoardings which surround the site where Headbolt Lane station is being built – is part of series of projects creating links between the new station development and the local community.

Attending the unveiling, alongside some of the young people whose artwork was added to the banner, were Liverpool City Region Mayor Steve Rotheram, Leader of Knowsley Council Cllr Graham Morgan and Cllr Tony Brennan, Knowsley Council’s Cabinet Member for Regeneration and Economic Development.

“For far too long, Kirkby was a town crying out for investment having been starved of opportunity by successive governments and the private sector for decades. Thanks to devolution, we’re putting that right.

“Across the town, we’ve invested in projects that are making a real, tangible difference to people’s lives. We’ve seen the first supermarket in 40 years, new bars, restaurants and a cinema. But, to me, the addition of Headbolt Lane feels like the final piece of that puzzle, connecting that bit of the area to the wider region.

“Being a Kirkby lad myself, it’s great to see the local community excited about their new station. It is because of the decisions we’ve made locally that the next generation will be able to enjoy all the benefits and opportunities that come with living in a modern, vibrant town, which looks a world apart from the forgotten place it was a few years back.”

The new station – which will feature improved walking and cycling as well as bus links – is a key part of Mayor Steve Rotheram’s plans to deliver a London-style transport system, which aims to make travelling around the region as quick, cheap and reliable as possible.

It will be located to the north-east of the existing Kirkby station and, once completed, Merseyrail and Northern services from Wigan and Manchester will also operate from there, improving transport links for the Northwood and Tower Hill areas of the town. 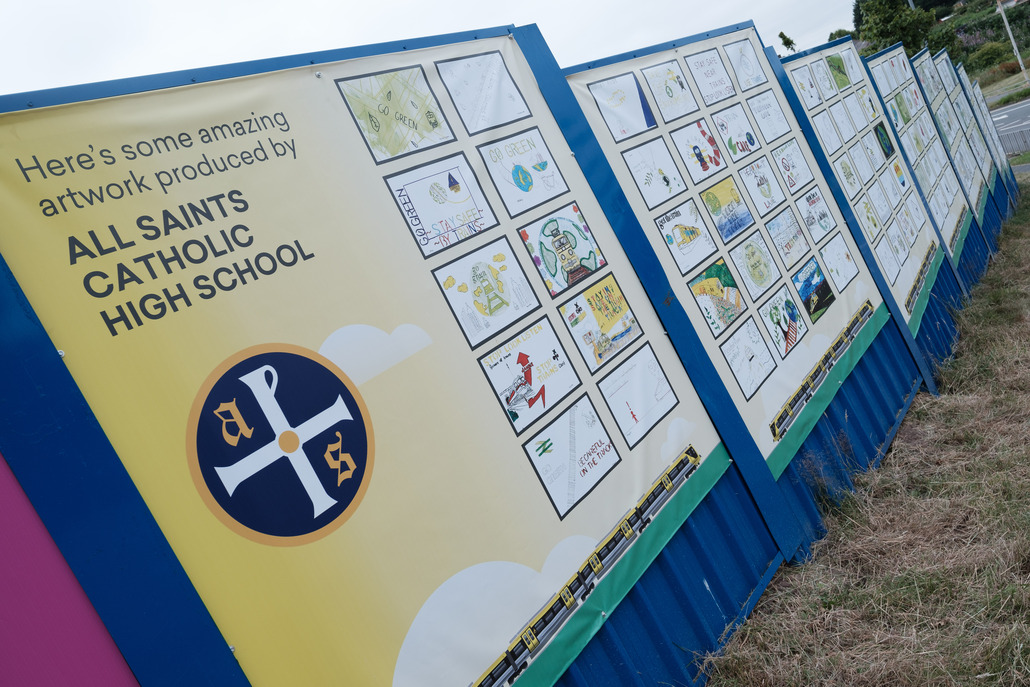 The station scheme is being delivered by the Liverpool City Region Combined Authority in partnership with Knowsley Council, Network Rail, Merseyrail and Northern. Funding for the scheme has come from the Transforming Cities Fund.

Headbolt Lane will be the first station to benefit from battery technology on the new fleet of trains, removing the need to extend the third rail beyond the existing Kirkby station.

It is also aligned to Knowsley Council’s plans for the area to improve transport access in the area for residents whilst also supporting workers and visitors to one of Europe’s largest employment sites in Europe – Knowsley Business Park.

“I’m delighted to see the creativity of our young people and it’s fantastic that their artwork is on display for all to see. The new train station will enhance transport options for residents – many of whom are the young people who have shared their artwork as part of this exciting scheme – as well as improving access to the nearby Knowsley Business Park.”

‘I’m incredibly proud of what we have achieved’ – Metro Mayor welcomes...
Scroll to top
Contact us