The Liverpool City Region has been awarded almost £8m in new funding to make cycling and walking safer and easier.

The funding comes as further research indicates strong and widespread public support for high-quality schemes to create space for people to walk or ride bikes safely. According to UK-wide polling recently conducted by Kantar Media, 65% support reallocating road space to cycling and walking while around 8 in 10 (78%) support measures to reduce traffic in their neighbourhood.

News of further investment in walking and cycling mark yet another step forward for active travel in the Liverpool City Region, following the introduction of the first pop-up walking and cycling lanes in the summer connecting key locations including hospitals, workplaces and town centres.

Earlier this year Metro Mayor Steve Rotheram also announced that he would be committing more than £30m to the development of the first set of permanent routes of a planned network of more than 600km of new footpaths and cycle ways.

The newly announced funding has been secured by the Combined Authority from the government’s Active Travel Fund, with work now being undertaken with local councils to plan appropriate schemes in each borough of the Liverpool City Region

As potential walking and cycling schemes are identified, the Combined Authority and councils will engage closely with local people to make sure that the new measures are put in place with the backing of residents. More information on engagement with residents and details of new schemes will be available in the coming weeks.

Alongside new and improved footpaths and cycle lanes, the funding will help deliver eighteen new ‘School Streets’ schemes, which will see temporary restrictions on traffic around schools at drop-off and pick-up times to help cut emissions and encourage parents and young people to travel by bike or on foot.

Evaluation of pilot School Streets projects has shown successful schemes can reduce harmful vehicle pollution outside schools by around 75% and increase the number of children cycling to school by 50%.

One such School Streets project is already being planned for West Derby. Headteacher of St Paul and Timothy’s Infants School, Joanne Starkey, thinks the schemes have the potential to be positive for young people and the wider neighbourhood:

“We recently worked on a School Streets pilot project to design a safer route to school for the children. We worked closely with our neighbours St Paul’s Junior School to make sure the project will benefit both schools and the initiative has encouraged our pupils to think about their own local area and how it could be improved.

“The whole school community is excited to see the scheme in action. We can’t wait to see the improvements to the road immediately outside school and the surrounding area and the impact it will have in reducing air pollution.”

“Building and improving walking and cycling routes are a big part of my plans to develop a London-style transport system across our city region. I want it to be as quick, affordable and easy for people to get around.

“We’ve already announced plans to deliver 600km of new and improved walking and cycling routes over the next few years. After lobbying hard for this £8m of funding from central government, we are able to take another step forward with those plans for local routes designed around the needs of local people.

“When complete, they will make it much easier for people to safely travel by foot or bike and, given the increasing popularity of cycling over the past few months, will be sorely needed.”

“It’s fantastic to see these additional funds being awarded to the Liverpool City region, to really help us push forward with our plans to help people travel by bike or foot more safely and with confidence.

“Coronavirus has had a huge impact on our city region, but we now have the opportunity to look at how we can change things for the better. The kind of schemes that will be delivered by this funding will encourage people to get out of their cars and help to create a whole new generation of cyclists.“ 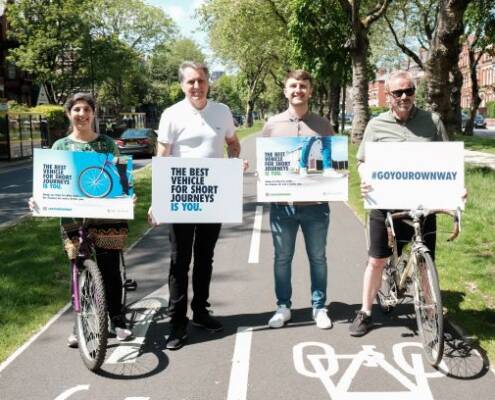 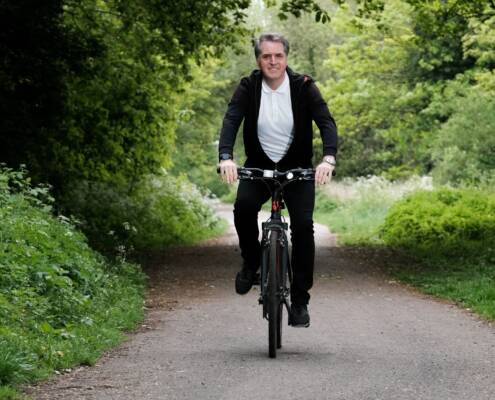