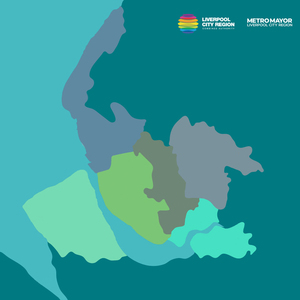 Launched in March 2019, the Light Industrial Fund is supported by the Local Growth Fund and was created to support speculative light industrial development within the Liverpool City Region, to accommodate the needs of businesses that require modern commercial floorspace to expand and grow.

The Fund is designed both to retain ambitious indigenous SMEs, looking to expand, and to attract new inward investment opportunities into the region.

Following a rigorous due diligence process, funding of £2.65m was approved for three projects, all of which demonstrate high standards of environmental quality, through very good BREEAM ratings, and a commitment to deliver social value through measures such as supporting the local supply chain.

“We’ve invested £2.65m to develop these sites right across our city region to ensure that we’re able to offer outstanding facilities that will keep attracting new businesses and jobs to the area, which is really important given the impact of COVID. Taken together, these sites are expected to create more than three hundred local jobs.

“It’s fantastic to hear that some of the sites already have businesses signing up to take space – I’m sure it won’t be long before others follow!”

“These initiatives will help support the city’s thriving community of SMEs, creating over 300 high quality jobs and attracting further investment.

“We are levelling-up opportunities across the country by supporting local business to grow and prosper.”

The three projects are:

“The award of funding from the Combined Authority has been essential in kicking starting this development in the middle of a very uncertain time for the market. Construction has progressed really well and we look forward to welcoming occupiers to the completed units early next year.”

“We are very pleased to have the support of the Combined Authority for the next phase of our redevelopment of Image Business Park, the ex-Kodak site. Demolition of derelict buildings has now started for building work to commence in 2021. This is all part of Seybourne’s plan to build a total new build of 170,000sf over the next two years following the completion of a £7.5million state of the art new build 60,000sf factory for Contenur who are now carrying out their fit out prior to starting production in the New Year.”

“We are pleased to be working with the Liverpool City Region Combined Authority in bringing forward this strategic development. Given the current uncertainty in the economic climate, we feel it’s an important time for us to invest in creating flexible business space which will in turn generate job opportunities for the local economy.”

Finalists announced in the 2020 Liverpool City Region Culture and Creativity...

Station Commission begins journey towards a world class rail station for the...
Scroll to top
Contact us